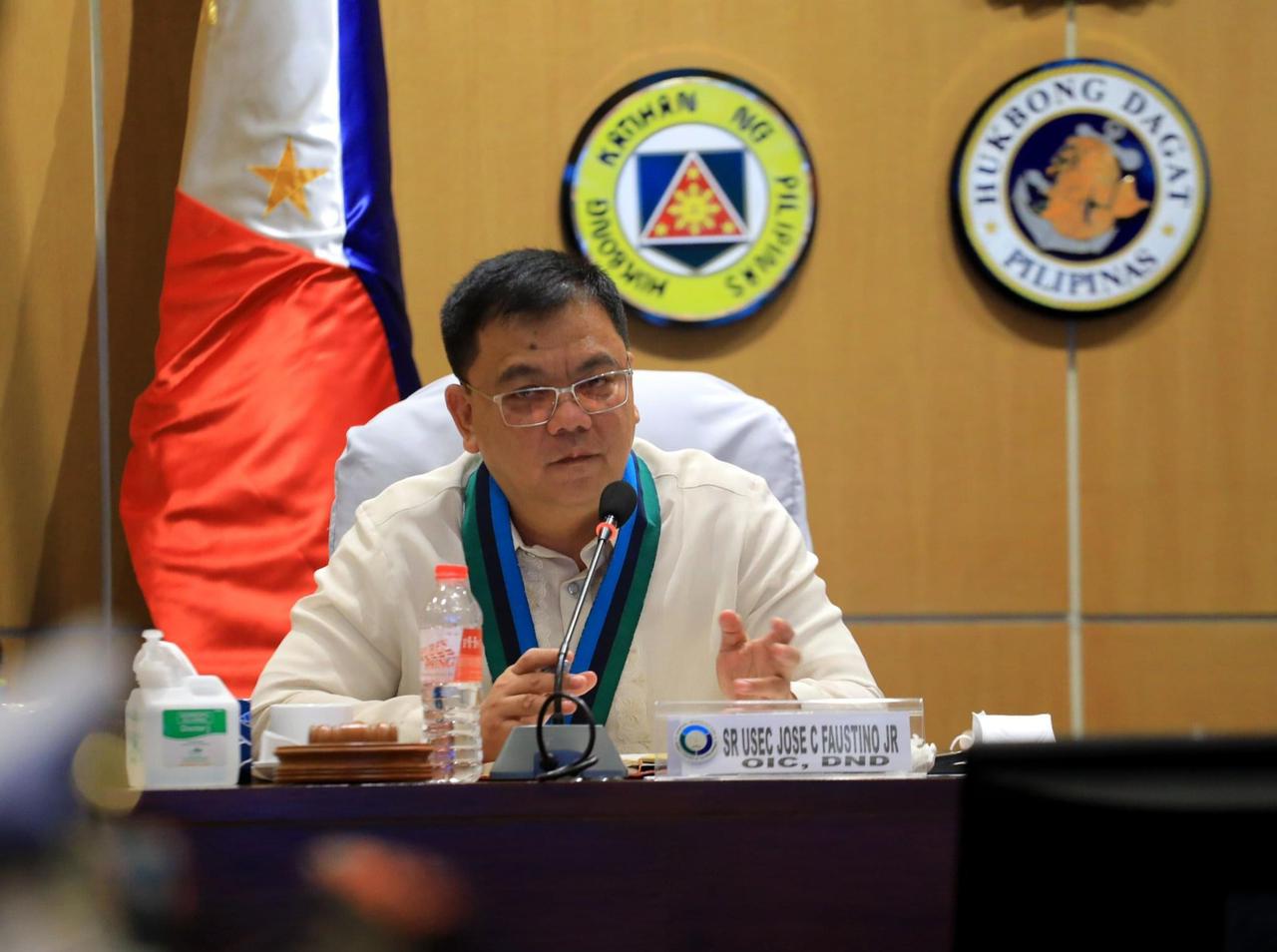 The Philippines will not be deterred from asserting its rights in the West Philippine Sea, according to the country’s top defense official, even if China has warned against bringing construction materials and repairing the grounded BRP Sierra Madre that serves as a military outpost.

Last month, China Coast Guard warned troops at the BRP Sierra Madre of “consequences” if they continue “making trouble,” which Philippine authorities interpreted to mean the transport of construction materials and repair of the rusty warship. The Philippines occupies nine features in the Kalayaan Island Group in the Spratly Islands.

Faustino said these warnings were already common and Filipino troops also answer them back. In his recent visit to Palawan, he said he learned that there was some sort of a hotline between the Philippine Coast Guard and the China Coast Guard, which serves as a communication line to prevent “miscalculation.”

Chinese coast guard and militia vessels continued to linger over contested areas, he added, but did not provide details. Their presence was already reported to the National Task Force for the West Philippine Sea, which leads the overall response to situations in the area.

China, through its controversial “nine-dash line,” claims almost all of the South China Sea while the Philippines, Vietnam, Malaysia, Brunei and Taiwan have overlapping claims. An arbitration tribunal rejected Beijing’s nine-dash-line claims in 2016, but China does not recognize its ruling.

“With or without the arbitral ruling we will continue to protect what is ours,” Faustino said.

The defense official said they were following President Marcos’ “strategic pronouncements” in dealing with China in the West Philippine Sea while there were no “direct instructions” from him so far. Mr. Marcos had said he would not allow “a single square millimeter of our maritime coastal rights to be trampled upon.”

“Our sovereignty is inviolable and we have to protect our territorial integrity so that’s it, from those lines of the President, we will toe the line on whatever will be his statement on the West Philippine Sea,” Faustino said.

Marcos’ policy on the West Philippine Sea would likely be the same as that of his predecessor former President Rodrigo Duterte, according to Faustino, who served as military chief of staff under Duterte.

Duterte, however, was criticized for shelving the 2016 ruling in exchange for Chinese loans and investments.

Read Next
New US envoy to PH assures Marcos on defense, clean energy
EDITORS' PICK
Red-tagged green activist recalls imprisonment
House energy committee chair Arroyo bats for cheap electricity
Authors unbowed after gov’t ‘purge’ of books
Powered by style, innovation and passion
‘FPJ’s Ang Probinsyano’ officially ends after nearly 7 years
A laptop that maximizes your WiFi so you can maximize your productivity
MOST READ
Arjo Atayde reveals proposal to Maine Mendoza was ‘more than a year’ in the making
‘FPJ’s Ang Probinsyano’ officially ends after nearly 7 years
SC: Natural-born dual citizens may not renounce foreign citizenship
Angelica Panganiban, Camille Prats recall ‘trauma’ of being called out for weight gain in ‘G-mik’
Don't miss out on the latest news and information.