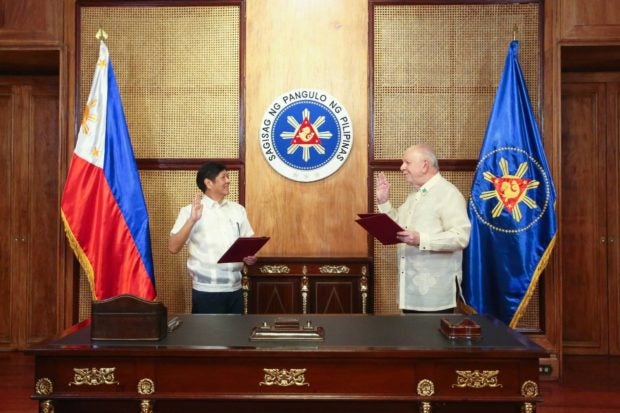 Philippe Lhuillier took his oath as Philippine Ambassador Extraordinary and Plenipotentiary to Spain on Wednesday at the Malacañang Palace. (Photo from Bongbong Marcos Facebook account)

Lhuillier took his oath as the Philippine Ambassador Extraordinary and Plenipotentiary to Spain on Wednesday at the MalacañangPalace.

(We know the excellence of G. Philippe Lhuiller that’s why we selected him again as Philippine Ambassador Extraordinary and Plenipotentiary to Spain.)

(I know he will do his job with all his heart and he will use his excellence for the country.)

He then served as Ambassador to the Portuguese Republic from 2012 to 2016.

In 2017, Lhuillier was appointed by former President Rodrigo Duterte as the Philippine Ambassador Extraordinary and Plenipotentiary to Spain.