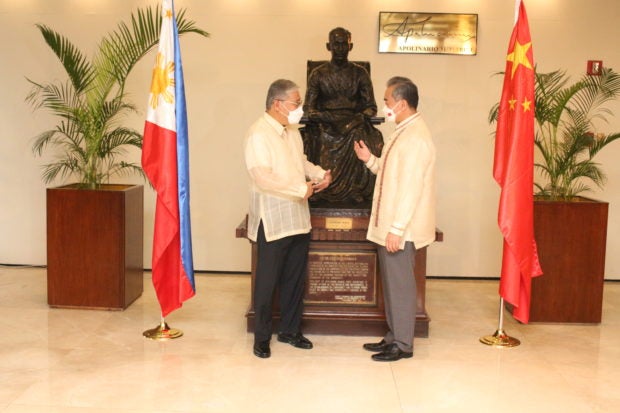 MANILA, Philippines — Foreign Affairs Secretary Enrique Manalo on Wednesday met with his Chinese counterpart, Wang Yi, who is on an official visit to the Philippines.

Wang is the first foreign minister to be welcomed by Manalo since the latter was sworn into office on July 1.

The two diplomats engaged in a bilateral meeting which covered a variety of issues concerning Manila and Beijing’s relations.

China’s top diplomat is also scheduled to pay a courtesy call on President Ferdinand “Bongbong” Marcos Jr., who earlier said he seeks to boost ties between the Philippines and China.