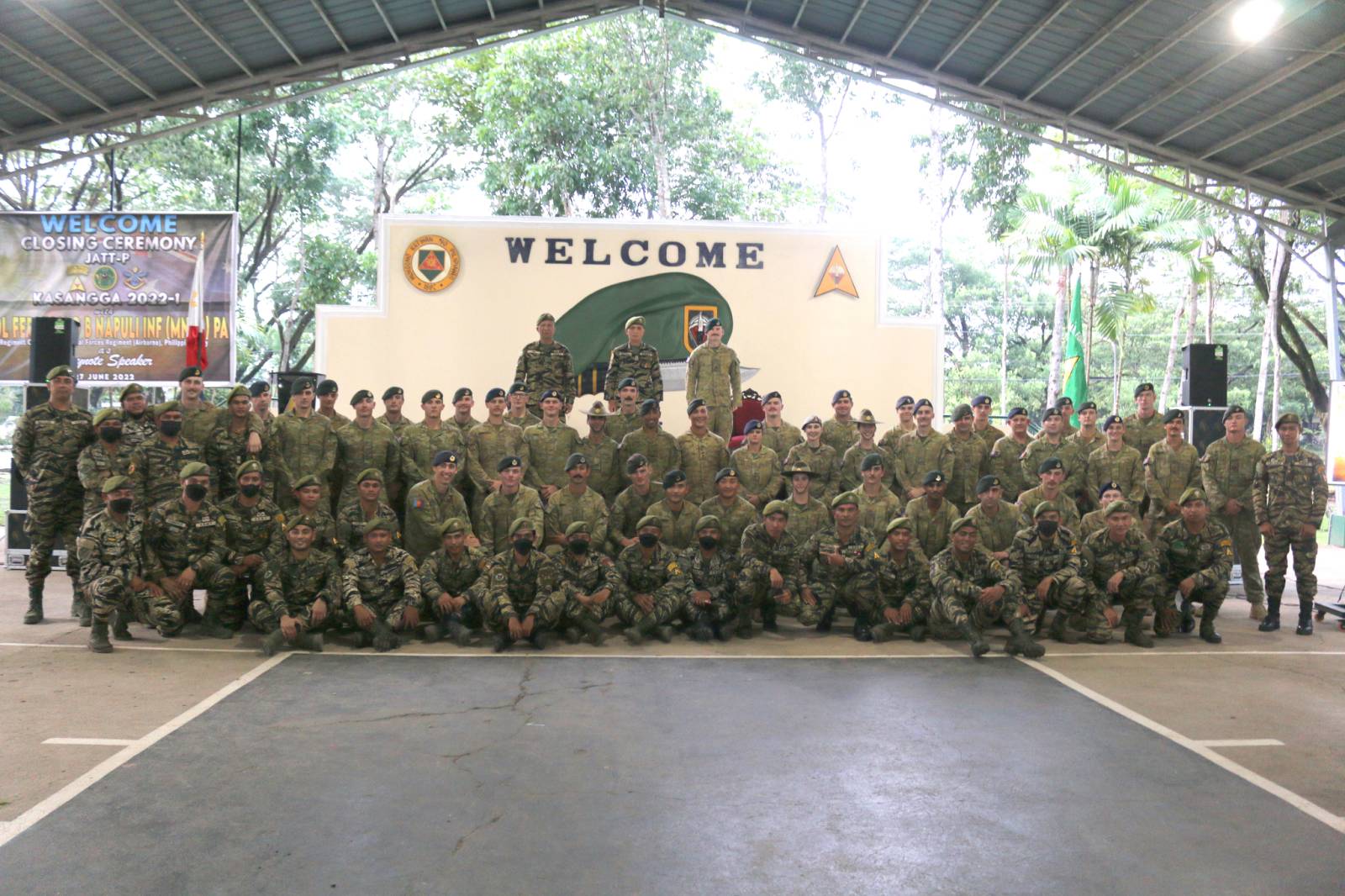 Filipino and Australian troops posing for photo during the Monday closing ceremony of the Philippine-Australian bilateral exercise conducted at the Fort Ramon Magsaysay in Nueva Ecija. Contributed photo.

In a statement, Ferdinand Napuli, the commander of PA’s Special Forces Regiment (Airborne) or SFR(A), said about 450 Philippine special forces and Australian army troops participated in the “Kasangga 2022-1” bilateral exercise that was conducted from April 11 to June 27, at the Headquarters of SFR(A) in Fort Ramon Magsaysay, Nueva Ecija.

“Our Australian counterparts trained four batches of our troops. The first batch was called trainer’s training since the trainees are set to cascade newly learned tactics and procedures down to our battalion’s in Mindanao,” said Baylon.

On June 7, Australian Ambassador to the Philippines Steven Robinson visited Fort Magsaysay to observe the conduct of the bilateral training, according to PA.

Napuli and the ambassador spoke about the need for future exercises related to counter-terrorism, riverine operations and airborne operations, the PA added.