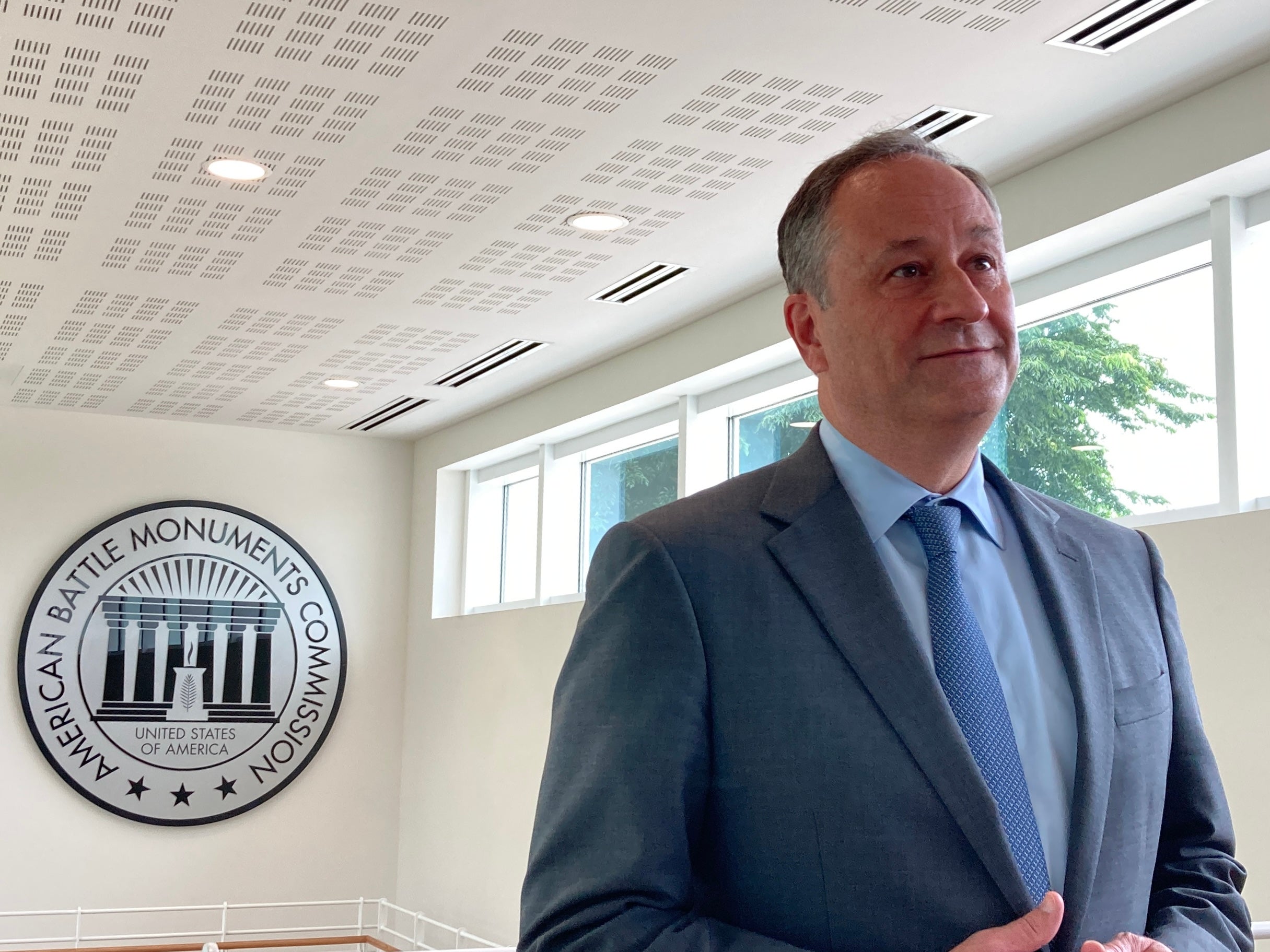 US Second Gentleman Douglas Emhoff faces the media during his visit to the Manila American Cemetery and Memorial in Taguig City on Wednesday, June 29, 2022. INQUIRER.net/Daniza Fernandez

MANILA, Philippines — The United States (US) is looking forward to working with the administration of incoming president Ferdinand Marcos Jr. on various concerns.

For US Second Gentleman Douglas Emhoff, husband of US Vice President Kamala Harris, the Philippines-US relationship will further be boosted under Marcos Jr.’s helm.

“I believe so and I believe it’s going to strengthen our already very strong relationship. The United States is very much looking forward to working with the Marcos administration on a variety of issues and we’ll continue to move this relationship forward into the future,” he said during a media interview in Taguig City on Wednesday.

Asked what his message is for the country’s next chief executive, Emhoff said he is hoping to pursue “very close and deep” bilateral ties.

“I’ll also mention that the bonds between our countries on a person-to-person level are so deep and you really feel that being here and again, I look forward to continuing those very close personal bonds on a political level and also on a personal level,” the official added.

Emhoff is expecting a one-on-one talk with Marcos Jr. after his inauguration on June 30.

Emhoff will lead the US delegation during the oath-taking of Marcos Jr., the White House earlier announced.

Amid Rappler shutdown, US encourages freedom of speech, press freedom