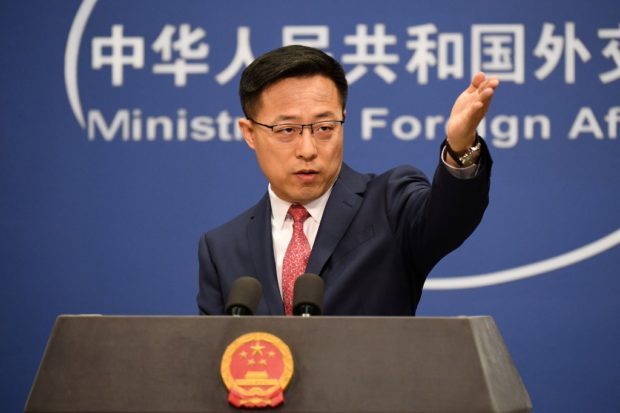 China has rejected the Philippines’ diplomatic protest over its unilateral fishing ban in the South China Sea that extends into the West Philippine Sea.

At a press conference in Beijing on Wednesday, Chinese Foreign Ministry spokesperson Zhao Lijian said China could not accept the “unwarranted accusation” made by the Department of Foreign Affairs (DFA).

“We hope the Philippine side can view it in an objective and correct perspective, and earnestly fulfill the obligations as a littoral state of the South China Sea to jointly promote sustainable development of fishery in the South China Sea,” he said.

‘No basis in law’

The ban has been issued yearly since 1999 to regenerate fish stocks. The Philippines has repeatedly protested against it.

In a diplomatic note to Beijing on May 30, the DFA said the ban extended to “areas in the West Philippine Sea over which the Philippines has sovereignty, sovereign rights and jurisdiction.”

China’s action has “no basis in law, and undermines the mutual trust, confidence and respect that should underpin bilateral relations,” it said.

China imposed the unilateral fishing moratorium on May 1 and it would be in force for three and a half months, or until mid-August.

“The summer fishing moratorium in the South China Sea adopted by China is a normal measure of protecting marine biological resources in waters under China’s jurisdiction, and a manifestation of fulfilling obligations under international law, including Unclos (United Nations Convention on the Law of the Sea) by the Chinese side,” Zhao said.

The dispute over the ban did not stop a meeting between China’s ambassador to the Philippines, Huang Xilian, and Philippine Coast Guard (PCG) Commandant Admiral Artemio Abu on Thursday.

“We exchanged views on possible capacity building activities between the CCG (Chinese Coast Guard) and PCG to strengthen rapport and confidence among the PCG and CCG personnel,” Abu said.

Huang said he was looking forward to fruitful discussions and developments of future collaboration with the PCG.

He said he was hoping that the PCG and CCG would further strengthen cooperation to promote peace and stability in the region.

The Chinese ambassador’s visit to the PCG headquarters came after the DFA said it had summoned a senior official of the Chinese Embassy in Manila to protest against the alleged “harassment” by the CCG of a Taiwanese research vessel carrying Filipino scientists inside the Philippines’ 370-kilometer exclusive economic zone.

The DFA said that it was reviewing other reported incidents in the disputed waters for possible filing of appropriate diplomatic action.

The PCG is the government’s eyes and ears in the vast waters of the West Philippine Sea and the first responder to incursions into Philippine maritime areas by foreign, often Chinese, vessels. INQ