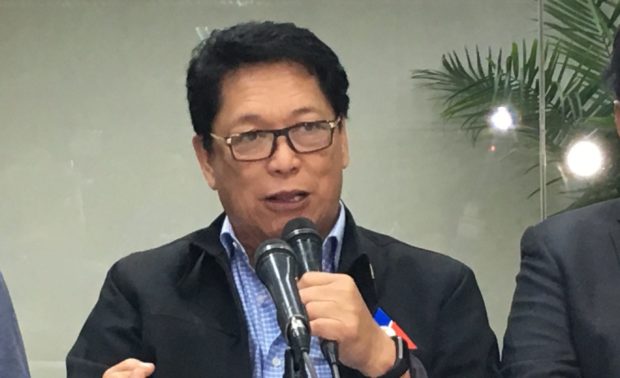 “I issued a notice to the public yesterday not to believe the directive lifting the suspension of deployment of new hires to Saudi Arabia,” Bello said in a radio interview.

The Department of Labor and Employment (Dole) chief was referring to a “department order” Mama-o issued lifting the Saudi deployment ban to serve “the national interest and the interests of OFWs (overseas Filipino workers) as well as the recruitment industry.”

“That is ultra vires (beyond the powers),” Bello said, referring to Mama-o’s order and citing Republic Act No. 11641 that created the Department of Migrant Workers (DMW).

“It is clear in the law that the [DMW] will only be duly constituted after implementing rules and regulations are approved, there already is a staffing pattern and a budget has been allocated,” said Bello, a former justice secretary.

“While those three conditions have not yet been realized, the new department is not yet constituted. That is clear in the law,” he added.

Bello said the DMW secretary therefore could not issue orders because his department did not yet legally exist and even Executive Secretary Salvador Medialdea confirmed that the DMW had not yet been constituted.

When asked why President Duterte appointed a secretary to a still nonexistent office, Palace officials explained that Mama-o was only appointed as part of an organizing committee that would attend to the DMW’s establishment.

But Mama-o, a lawyer himself, has issued an “order” recalling the appointments of officials of the Philippine Overseas Employment Administration purportedly because the agency was dissolved and funds allocated to the agency should be transferred to the DMW.

Meanwhile, Mama-o’s appointment has not even been submitted to the congressional Commission on Appointments precisely because his office did not yet exist.

The Duterte administration only has 64 days until the expiration of its term on June 30.