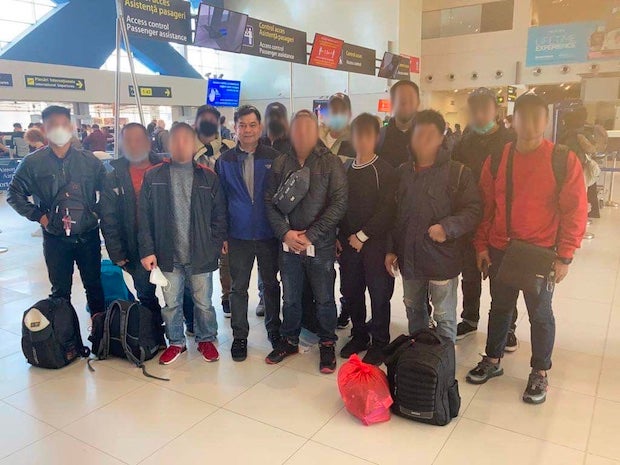 “They were evacuated through the Phil Honorary Consulate in Chisinau, Moldova in cooperation with the Phil Embassy in Budapest,” Arriola said.

DFA Angeles welcomes the arrival of 12 seafarers from Ukraine in Clark. The seafarers are from MV Filia Joy & MV Filia Glory. They were evacuated thru the Phil Honorary Consulate in Chisinau, Moldova in cooperation with the Phil Embassy in Budapest.@teddyboylocsin @DFAPHL pic.twitter.com/aLbRHeSxrP

According to the Department of Foreign Affairs, a total of 330 Filipinos have been repatriated from Ukraine, as of March 21.

It added that it assisted a total of 328 Filipinos in Ukraine as well.

Ukraine has been fighting off an invasion launched by Russian President Vladimir Putin on Feb. 24.