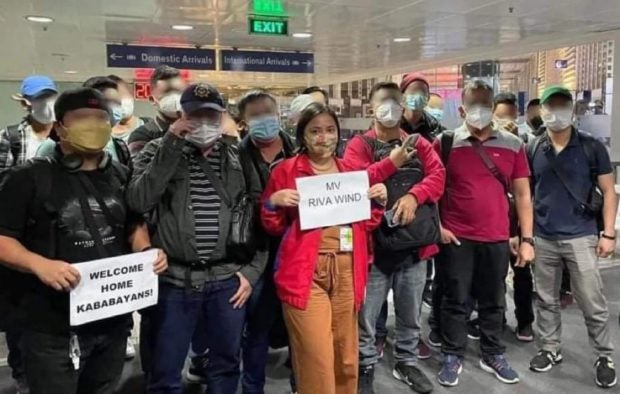 MANILA, Philippines — Some 329 Filipinos have been repatriated from war-torn Ukraine so far while at least 19 others have insisted on staying in the country’s capital, Kyiv, an official from the Department of Foreign Affairs (DFA) said Thursday.

According to DFA Undersecretary for Migrant Workers’ Affairs Sarah Lou Arriola, there are less than 100 Filipinos still in Ukraine.

“As of last night, 329 na po lahat-lahat na mga Pilipino ang nakauwi po,” she said in a Teleradyo interview, adding that 41 others have been evacuated to nearby countries for their eventual repatriation to the Philippines.

(As of last night, there are 329 Filipinos who have returned home.)

However, at least 19 Filipinos opted to stay in Kyiv despite the DFA already raising the alert level status there to 4, which constitutes the mandatory repatriation of Filipinos from the eastern European country.

“Either married to a Ukrainian na ‘di talaga pwedeng maghiwalay ang pamilya or they have an employer who is with them,” Arriola said of the Filipinos opting to stay.

(Either they’re married to a Ukrainian and they cannot leave their family or they have an employer who is with them.)

Arriola once again cautioned Filipinos from “waiting out” the Russia-Ukraine crisis in neighboring European countries, saying it is better to come home to the Philippines.