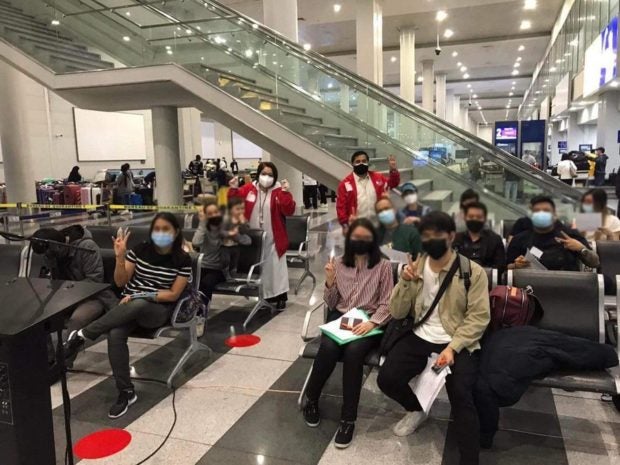 MANILA, Philippines — Thirteen Filipinos from Ukraine have returned to the Philippines amid the bombardment in Ukraine following Russia’s invasion.

“Overjoyed to welcome home our 13 repatriates from Ukraine. Among them is one baby and 3 students who fled Ukraine when the invasion began,” Department of Foreign Affairs (DFA) Undersecretary for Migrant Workers’ Affairs Sarah Lou Arriola said in a tweet Wednesday.

“They used the Polish humanitarian corridor to be able to return to the [Philippines],” Arriola added.

The latest batch of Filipino repatriates were part of the 40 individuals who evacuated Ukraine’s capital city of Kyiv to Lviv following Russia’s invasion of the eastern European country.

They were eventually transported to the Polish border.

At present, there are now 19 Filipinos who have been repatriated to the Philippines since the Russia-Ukraine crisis began.