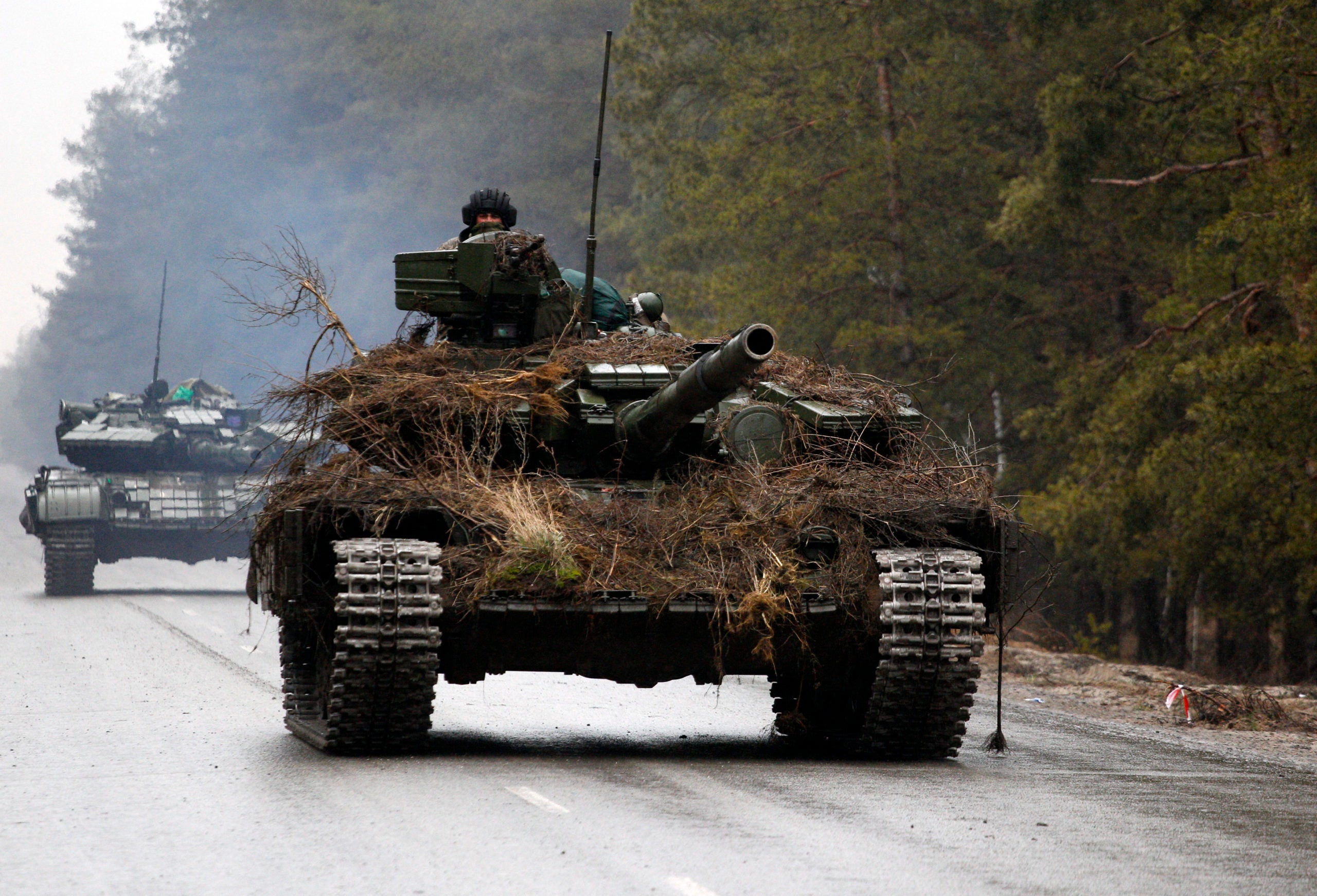 FILE PHOTO: Ukrainian tanks move on a road before an attack in Lugansk region on February 26, 2022. – Russia on February 26 ordered its troops to advance in Ukraine “from all directions” as the Ukrainian capital Kyiv imposed a blanket curfew and officials reported 198 civilian deaths. (Photo by Anatolii Stepanov / AFP)

MANILA, Philippines — Thirty-nine Filipinos affected by the ongoing conflict between Russia and Ukraine are awaiting their return to the Philippines, according to an official of the Department of Foreign Affairs (DFA) on Monday.

DFA Undersecretary Sarah Lou Arriola issued an update on government efforts to bring distressed Filipinos away from harm as Russia continues its invasion of Ukraine.

Arriola said that as of Monday night, 13 Filipinos are already in Poland while six are in Moldova, eight seafarers from the MV S Breeze are at the Ukrainian border, four are in Romania, and eight are in Hungary.

Meanwhile, six Filipinos have already arrived in the Philippines as early as mid-February or a few days before Russia launched its attack on Ukraine on February 24.

As of 28 February, 8:25 pm, this is the latest repatriation update of Overseas Filipinos in Ukraine (including those who have already returned or are in transit countries):@DFAPHL @teddyboylocsin pic.twitter.com/xBdUUzdfRz

The 13 Filipinos who arrived in Warsaw were earlier welcomed there personally by DFA Secretary Teodoro Locsin Jr. The DFA has provided them with food and water.

The DFA earlier said that it has only accounted for 181 Filipinos in Ukraine but government records show that there are at least 380 Filipino workers in the country east of Europe.