EU gives additional €10 million worth of aid for Odette survivors 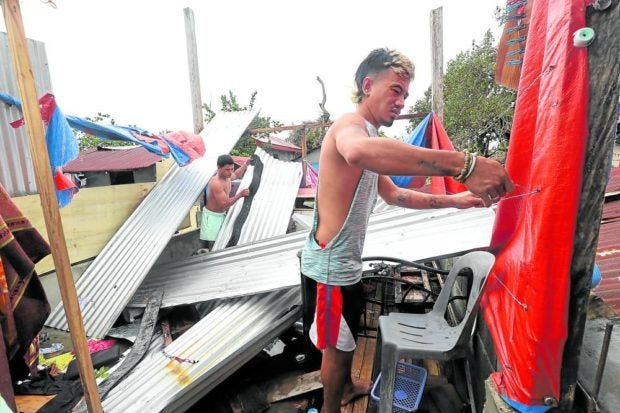 Residents in Iloilo City start retrieving pieces of their roof peeled off by the howling winds of Typhoon Odette the previous night. This photo was taken in December 2021. In February 2022, the European Union gave another €10 million in aid, on top of an earlier €1.7 million donation.  (File photo by Agence France-Presse)

MANILA, Philippines — The European Union (EU) has provided an additional €10 million (P586. 44 million) worth of aid for survivors of Typhoon Odette (internationally known as Rai), it announced on Saturday.

This was on top of the initial €1.7 million (P99.65 million) funding the EU provided last December.

Leaving a trail of destruction in many parts of the country, Odette tore off roofs, uprooted trees, toppled concrete electric posts, wiped out crops, and flooded villages on its way last December.

It left P16.65 billion worth of damage to infrastructure, and another P6.9 billion worth of agricultural damage, according to the National Disaster Risk Reduction and Management Council (NDRRMC).

Typhoon Odette death tolls climbs to 497 as of Jan. 1 – NDRRMC

EU gives €1.7M; other countries pitch in aid after ‘Odette’ onslaught in PH