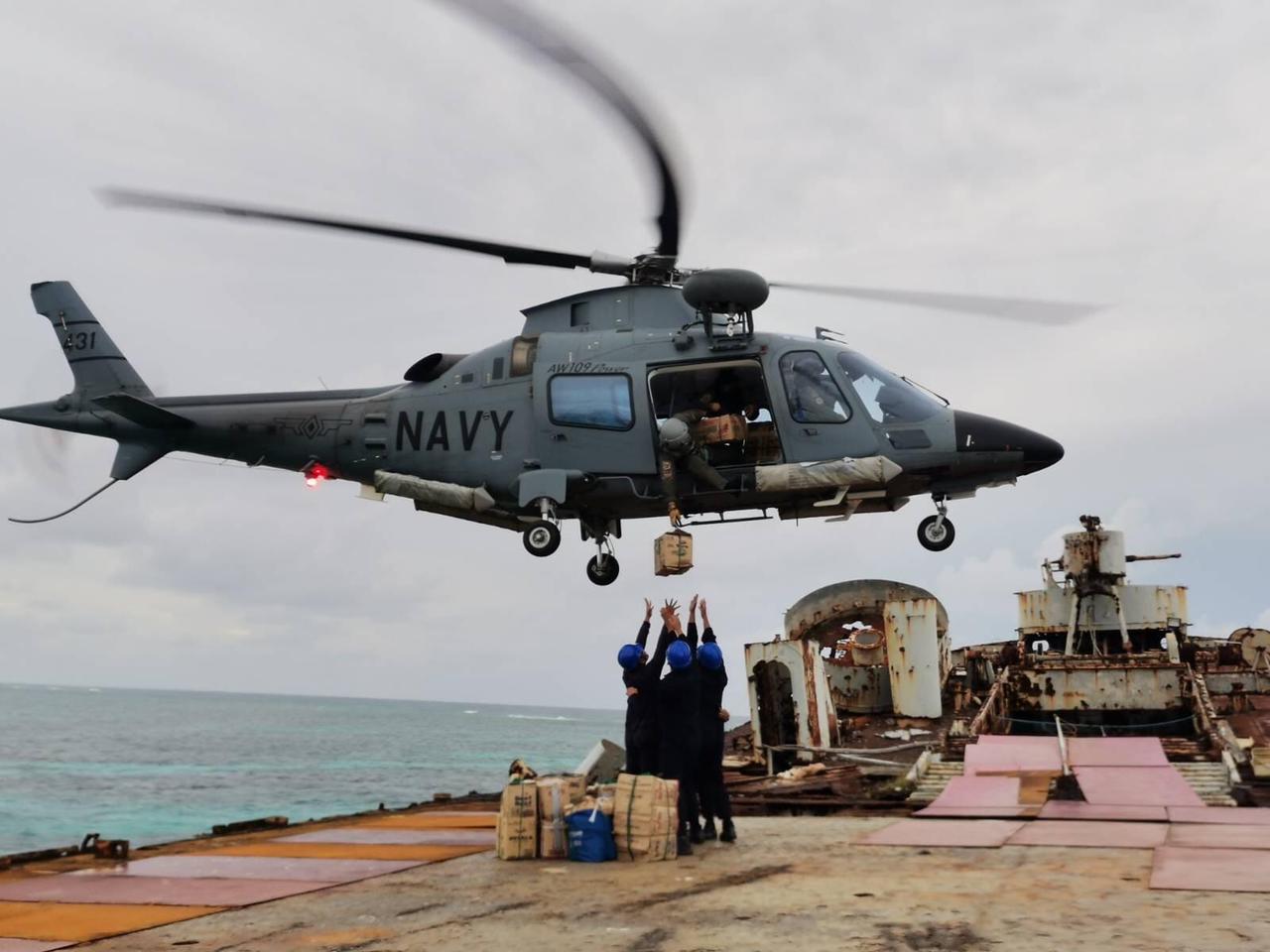 The Philippines occupies nine military detachments around the KIG, including Pag-asa, as well as BRP Sierra Madre, a rusty World War-2 landing ship tank intentionally run aground in Ayungin Shoal.