After FBI raid, Quiboloy still got COVID money from US gov’t 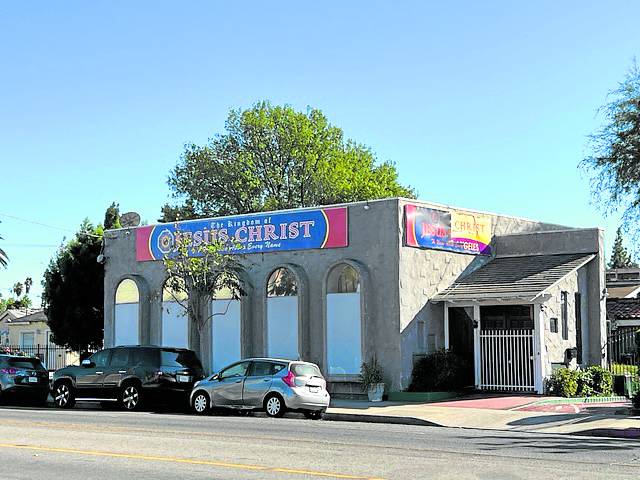 RAIDED BY FBI IN 2020 Apollo Quiboloy’s Kingdom of Jesus Christ, the Name Above Every Name church in Los Angeles, California —DANNY PETILLA

LOS ANGELES—Is the self-described “appointed son of God” just another mortal in search of mammon?

Apollo Quiboloy, President Duterte’s spiritual adviser recently indicted in the United States for human trafficking and other charges, received two checks—the first for $48,300 released on June 29, 2020, and the second for $48,727 released last March 12, according to US Treasury Department data collected by FederalPay.org, a nongovernmental organization tracking the flow of federal dollars.

The money was part of the Paycheck Protection Program (PPP) loans provided by the Small Business Administration (SBA) to ease the economic hardships of struggling businesses and churches in the United States during the COVID-19 pandemic.

But even after the Federal Bureau of Investigation raided his church in Los Angeles on Jan. 20, 2020, in the course of a human trafficking probe, Quiboloy, as executive pastor of the Kingdom of Jesus Christ (KOJC), the Name Above Every Name, still benefited from the pandemic loans.

Quiboloy and eight of his close associates in the KOJC were indicted last month in the United States for violating federal law through human trafficking, money laundering and immigration fraud.

He received his first check when Donald Trump was still president and the second when Joe Biden had taken over the White House.

In Trump’s bid for reelection in June 2020, he released a huge chunk of the forgivable PPP loans to many evangelical churches in the United States, a key core of his political base.

Asked why the wealthy Philippine-based Quiboloy managed to receive PPP loans despite his church’s alleged involvement in immigration fraud, money laundering and human trafficking, Thom Mrozek, spokesperson for the US Department of Justice office in Los Angeles, was noncommittal.

“As the justice department does not oversee any of the pandemic relief programs, I will have no comment,” Mrozek told this writer on Thursday afternoon (Friday in Manila).

But since May 17, US Attorney General Merrick Garland has cracked down on churches and other beneficiaries misusing this loan in his agency’s campaign against pandemic-related fraud.

Zions Bank, the Utah-based lending institution that serves mostly members of the Mormon Church in the United States, was identified in US Treasury Department records as Quiboloy’s lender.

“This loan has been disbursed by the lender and has not yet been fully repaid or forgiven,” the SBA said of Quiboloy’s loan in March.

His first loan in June 2020 was said to have been “fully paid or forgiven,” but no data was available from the SBA if he had passed its audit.

This writer called the KOJC office at 14424 Vanowen Street in Van Nuys, California, for comment, but the woman who answered the phone said they were not talking to the press.

“It’s crazy! There are people like that who know how to game the system,” said Luis Gutierrez, a small business owner whose barber shop was denied the same loan Quiboloy had received.

Gutierrez’s barber shop is in the same predominantly Hispanic neighborhood where Quiboloy’s church is located and where a number of Filipino immigrants live.

This writer also reached out to US Rep. Tony Cardenas, a Democrat serving the 29th district in California where Quiboloy’s parishioners live. But Elaine Shubat, an aide to the congressman, said her boss did not know enough about Quiboloy and the KOJC to make an official statement.

Inquirer Mindanao tried to reach Quiboloy for his comment but a senior church member said the pastor was no longer talking to the press and that a US-based lawyer, Michael Jay Green, had been designated to speak on his behalf.

The Inquirer was still awaiting the lawyer’s statement at press time. —With a report from Germelina Lacorte