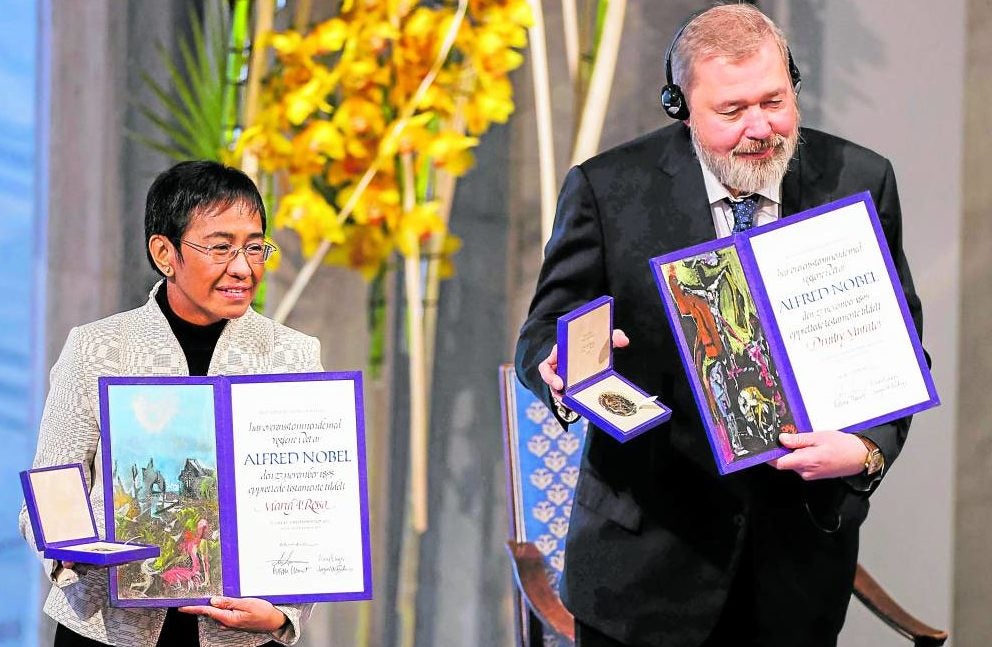 OSLO—Accepting her Nobel Peace Prize on Friday, journalist Maria Ressa launched a vitriolic attack against US tech giants, accusing them of fueling a flood of “toxic sludge” on social media.

Ressa, the cofounder of news website Rappler and the first Filipino Nobel laureate, accepted this year’s prize at a ceremony at Oslo’s City Hall together with her colaureate Dmitry Muratov, the editor in chief of Novaya Gazeta, one of the rare independent newspapers in a Russian media landscape largely under state control.

Speaking to a scaled-down crowd due to the pandemic, 58-year-old Ressa attacked “American internet companies,” such as Facebook, Twitter and YouTube without mentioning them by name.

“With its god-like power,” their technology “has allowed a virus of lies to infect each of us, pitting us against each other, bringing out our fears, anger and hate, and setting the stage for the rise of authoritarians and dictators around the world,” she said.

“Our greatest need today is to transform that hate and violence, the toxic sludge that’s coursing through our information ecosystem, prioritized by American internet companies that make more money by spreading that hate and triggering the worst in us,” Ressa said.

She stressed the importance of reliable facts at a time when the world is battling the Covid-19 pandemic or facing upcoming elections in countries like France, the United States, the Philippines and Hungary.

Ressa, a vocal critic of President Duterte and his deadly drug war, is herself facing seven criminal lawsuits in her country, which she said could see her sent to prison for 100 years. Currently on bail pending an appeal against a conviction last year in a cyberlibel case, she had to apply to four courts for permission to travel to Norway for Friday’s ceremony.

Her colaureate Muratov, 60, called for a minute of silence during the ceremony to honor all journalists killed in the line of duty. “I want journalists to die old,” he said.

Known for its investigations into corruption and human rights abuses in Chechnya, Novaya Gazeta has seen six of its journalists killed since the 1990s, including famed investigative reporter Anna Politkovskaya, murdered in 2006.

“Journalism in Russia is going through a dark time,” Muratov said in his acceptance speech, noting that over 100 journalists, media outlets, human rights defenders and NGOs have recently been branded as “foreign agents” by Russia’s justice ministry.

The “foreign agent” label is meant to apply to people or groups that receive funding from abroad and are involved in any kind of “political activity.”

But it has also been given to Kremlin-critical journalists and media, making their work exceedingly difficult.

While Russian President Vladimir Putin has warned that the Nobel was not a “shield” protecting journalists, Muratov said he did not expect his newspaper to be given the status.