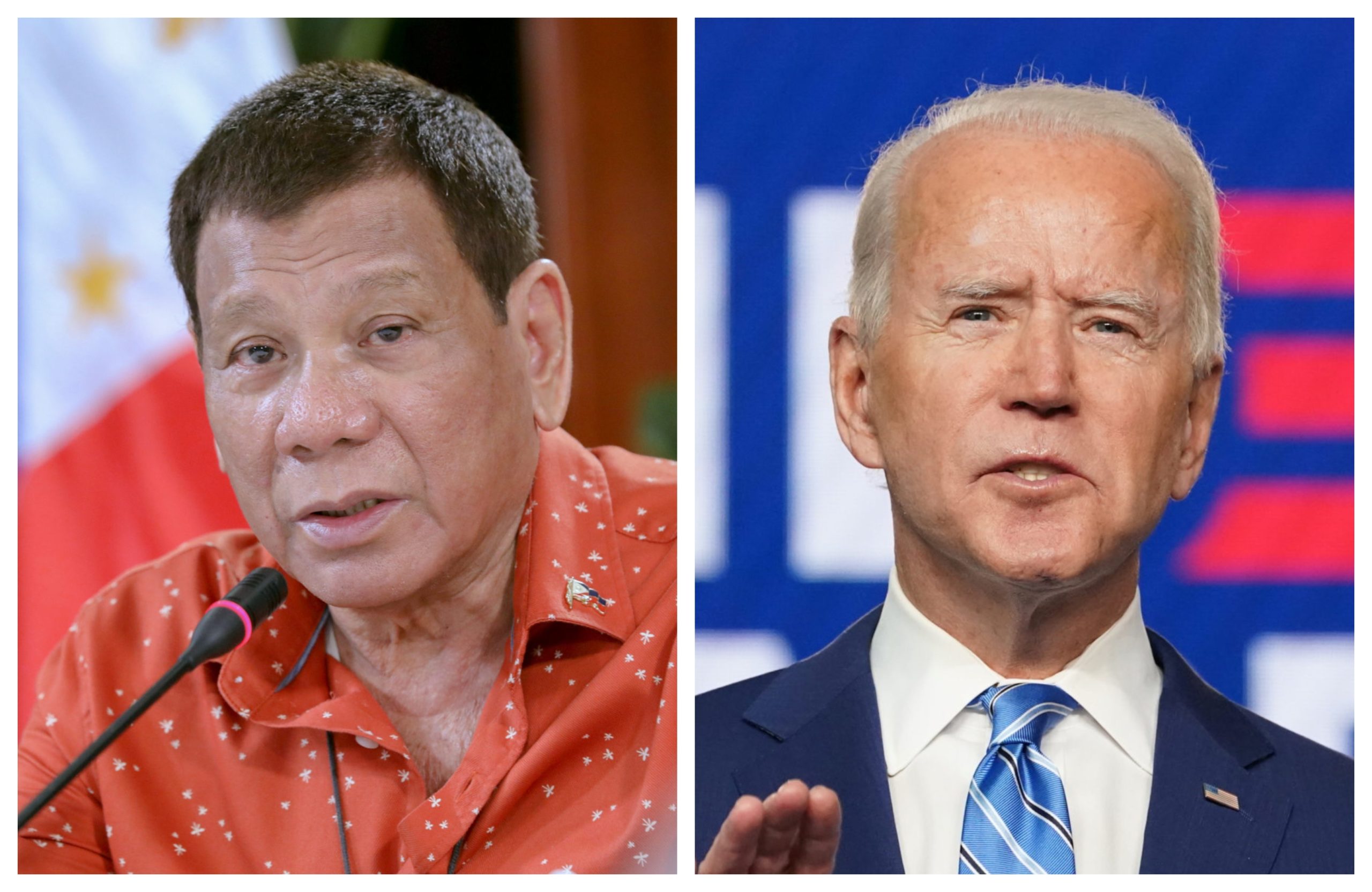 Rights groups on Thursday condemned US President Joe Biden for inviting President Duterte to attend his two-day Summit for Democracy, emphasizing that the Philippine Chief Executive’s six-year “reign of terror” hardly qualifies him to speak about democracy.

In separate statements, International Coalition for Human Rights in the Philippines (ICHRP) and Karapatan called the invitation a “complete farce,” considering that his administration was now being investigated for crimes against humanity for the conduct of his brutal war on drugs.

Biden’s remark that he “looks forward to welcoming Duterte and hearing his ideas on how we can foster a more democratic, equitable, inclusive and sustainable world is a sick joke,” said ICHRP chair Peter Murphy.

“Duterte’s reign of terror and mass murder, which have provoked an ICC (International Criminal Court) investigation of crimes against humanity, would seem to disqualify him from providing advice on anything except fascist populism, repression and human rights violations,” he said.

Karapatan secretary general Cristina Palabay, meanwhile, warned Biden that allowing Mr. Duterte to participate in the summit “is tantamount to enabling his lies and undemocratic rule in the Philippines.”

Both ICHRP and Karapatan have lobbied before the US government to suspend military aid in the Philippines until and unless it resolves its dismal human rights situation. Palabay called on Biden to uphold these calls and to pass the proposed Philippine Human Rights Act.

“The United States’ aid, funded by the taxes of the American people, has only been used by Duterte’s administration to engender human rights violations and war crimes for the past six years. It is high time for the United States to end its support for Duterte’s tyrannical rule,” she said.

The Palace said in a statement that Biden invited heads of states and government, other government leaders and “voices from the business and nongovernment sectors” to join the United States in “taking action to strengthen democracy.”

“[Mr.] Duterte welcomes the opportunity to share the Philippine democratic experience and commitment to democratic values and nation-building at the Summit for Democracy,” the Palace statement said.

In his invitation, Biden said the United States will host the event “with humility and in the spirit of mutual learning.”

He added that together, nations will “embark on the work necessary to shape a prosperous and peaceful future built on respect for the rights and aspirations of all people.”

“We recognize and appreciate your partnership in working to build democratic and human rights respecting societies that allow all citizens to thrive. In a moment of significant challenge and enormous opportunity, it is more important than ever for democracies to prove that we can deliver for the needs of our people,” the Palace quoted Biden as saying.

Biden also said he looks forward to welcoming Mr. Duterte and hearing his ideas on “how we can foster a more democratic, equitable, inclusive and sustainable world.” —WITH A REPORT FROM DAPHNE GALVEZ