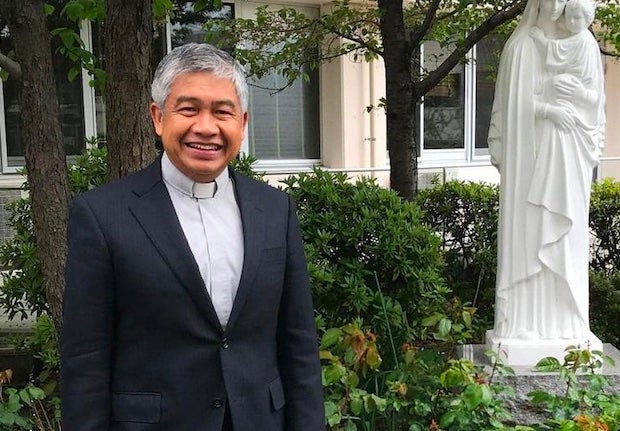 Fr. Edgar Gacutan (Photo from Congregation of the Immaculate Heart of Mary via CBCP)

MANILA, Philippines — Pope Francis appointed on Wednesday a Filipino priest as bishop in the Diocese of Sendai in Japan, according to the Catholic Bishops’ Conference of the Philippines (CBCP).

“Fr. Edgar Gacutan’s nomination makes him the first Filipino to be named bishop in Japan,” the CBCP said in a post on its website.

“The bishop-elect is not new to Sendai. From 2014 to 2017, he was assigned to the area and worked for the victims of the 2011 Tohoku earthquake and tsunami,” the CBCP added.

Upon his appointment, Gacutan, 57, was serving as parish priest of Matsubara Catholic Church in Setagaya Ward, Tokyo.

Gacutan was born in Enrile town in Cagayan province in 1964. He studied Philosophy at St. Louis University in Baguio City from 1981 to 1985 and Theology at Maryhill School of Theology in Manila from 1986 to 1989.

He was then transferred to Japan as a seminary student in February 1990 and spent three years of internship there before returning to Manila to complete his theological studies.

A month after his ordination as a priest for the Congregation of the Immaculate Heart of Mary in 1994, he was sent back to Japan where he served as assistant pastor in Kongo church, Osaka from 1994 to 1997, then joined the team ministry in Osaka until 2003.

Gacutan was later appointed superior of the Japanese CICM Province and served until 2012, according to CBCP.

“The bishop-elect is not new to Sendai. From 2014 to 2017, he was assigned to the area and worked for the victims of the 2011 Tohoku earthquake and tsunami,” the CBCP added.