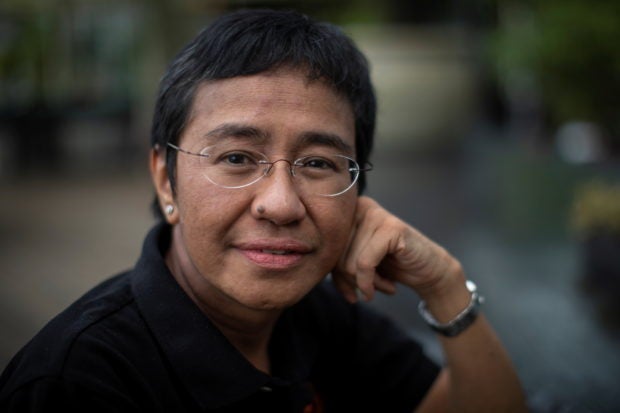 UNITED NATIONS — The United Nations on Monday urged the Philippines to allow Nobel Prize winning journalist Maria Ressa to travel to Norway next month to accept the award.

Ressa, the first Nobel laureate from the Philippines, shared the Peace Prize with Russian investigative journalist Dmitry Muratov, a move widely seen as an endorsement of free speech rights, which are under fire worldwide.

Ressa has requested government approval to travel to Norway to receive the Nobel Peace Prize on Dec. 10.

“We urge the government of the Philippines to immediately withdraw any such restrictions and allow her to travel to Oslo,” Dujarric told reporters in New York.

The license for Ressa’s news site, Rappler, has been suspended and she has faced legal action for various reasons. Supporters say she has been targeted for her scrutiny of government policies, including a bloody war on drugs launched by President Rodrigo Duterte.

The ranking of the Philippines in the 2021 World Press Freedom Index dropped two notches to 138 out of 180 countries, and the Committee to Protect Journalists ranks the Philippines seventh in the world in its impunity index, which tracks deaths of media members whose killers go free.

The government denies hounding media and says any problems faced by organisations are legal, not political. It says it believes in free speech.

Ressa’s Nobel Prize should be every ‍Filipino’s pride