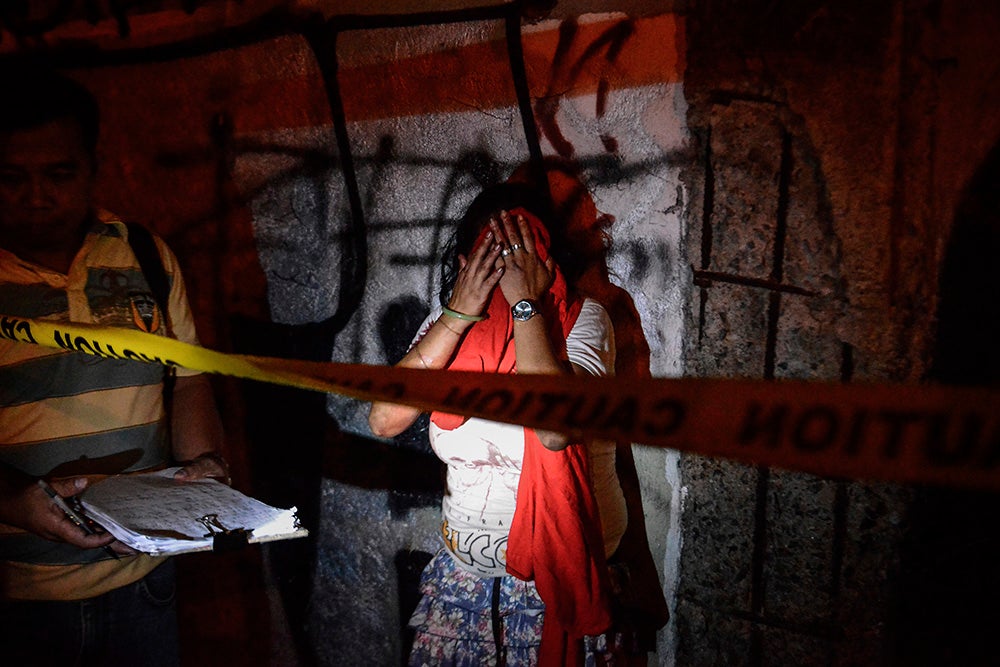 FILE PHOTO Diana Vinculado weeps after finding the body of her husband Antonio Vinculado, after he was killed by police in what they say was a shootout with police, in Paranaque, Metro Manila, Philippines, July 14, 2017.

MANILA, Philippines — The International Criminal Court’s (ICC) Office of the Prosecutor said on Tuesday that it will ask the Philippine government for “tangible evidence” of its investigations on alleged crimes against humanity under the Duterte administration’s controversial drug war.

In a statement Tuesday, the ICC said pursuant to Rule 53 of its Rules of Procedure and Evidence, Prosecutor Karim Khan will, in the coming days, request the Philippine government to provide information regarding its investigations and proceedings on its anti-drug campaign.

“The Office of the Prosecutor takes the view that a State requesting deferral under article 18(2) of the Rome Statute must provide information concerning its investigations to support its request,” the statement read.

“Such information must consist of tangible evidence, of probative value and a sufficient degree of specificity, demonstrating that concrete and progressive investigative steps have been or are currently being undertaken to ascertain the responsibility of persons for alleged conduct falling within the scope of the authorized ICC investigation,” it added.

Following a request from the Philippines, the Office of the Prosecutor earlier notified the ICC’s Pre-Trial Chamber of the suspension of its investigation on alleged crimes against humanity in the country. The ICC earlier said it has suspended the probe while assessing the scope and effect of the deferral request.

The Office of the Prosecutor also noted that a deferral “may have a specific or partial effect, rather than a blanket or general effect, on its investigation.”

“Information on national investigations and proceedings therefore informs the Office’s assessment of the precise parameters of any deferral. Additionally, any domestic proceedings must be conducted genuinely as required by the Statute,” its statement read.

“These principles and approach help to ensure a proper balance between the application of the principle of complementarity, fundamental to the Rome Statute, and the Office of the Prosecutor’s ability to discharge, in an efficient and effective way, the responsibilities that the Rome Statute has placed upon it,” it added.

Khan, meanwhile, welcomed the “willingness” of the Philippine government to engage with the Office of the Prosecutor.

“The effective implementation of the Rome Statute is a responsibility shared between the ICC and States, including State Parties to the Rome Statute and other States where the ICC has jurisdiction, such as the Philippines,” the ICC statement noted.

While waiting for additional information from the Philippine government, the Office of the Prosecutor also vowed to be attentive to the security and well-being of victims and witnesses of alleged crimes against humanity under the drug war.

The Prosecutor’s pronouncements came amid protests on the ICC’s deferral of the probe, with relatives of people killed in President Duterte’s war on drugs accusing the government of attempting to evade accountability.

The ICC, which in September approved an investigation into Duterte’s war on drugs in which thousands of people have died, on Saturday temporarily suspended the probe at Manila’s request.

“I am gripped by anger. I almost threw my cellphone when I read the news,” said Normita Lopez, 57, whose son died in the anti-drugs campaign, her voice cracking with emotion. 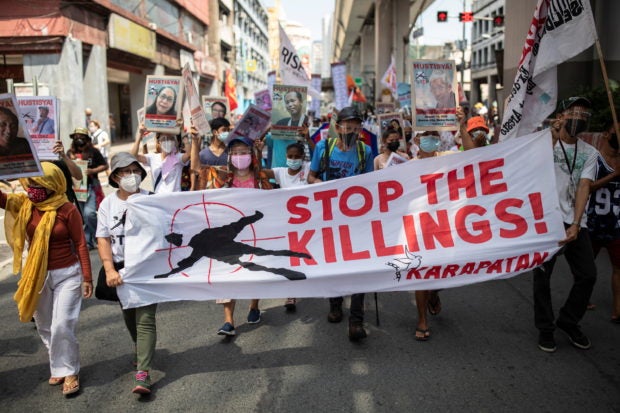 “They are obviously scared of being investigated” she said.

Governments can ask the ICC to defer a case if they are implementing their own investigations. However, the ICC may only exercise jurisdiction “where national legal systems fail to do so, which is certainly not the case in the Philippines,” the ambassador to the Hague, Netherlands told the ICC in its letter.

A few weeks after ICC judges approved its probe, the Philippines said it had reviewed 50 cases that indicated foul play.

Still, Kristina Conti, who represents Lopez and other relatives of victims, expects the ICC to resume its probe.

“Our bet is that the ICC will determine the investigation is not genuine,” Conti told Reuters.

Justice Secretary Menardo Guevarra said he had encouraged the victims’ families to file complaints directly with the department and make use of a witness protection program.

The release of details of the 50 drug war deaths marked a rare admission by the state that abuses may have taken place.

“Why is the government only doing this now? Is it because they were rattled by the ICC?,” asked Llore Pasco, 67, whose two sons were killed in the crackdown. “They should have started investigating soon as the killings began in 2016.”

Since Duterte unleashed his drug war, security forces say more than 6,000 suspected drug dealers have been killed because they fought back violently. Rights groups say authorities summarily executed them.

Among those killed was high-school student Kian delos Santos, whose death in 2017 led to the first convictions of police officers in the drug war, and featured in a report by a former ICC prosecutor.

“The families look at the ICC as a source of hope,” said delos Santos’ uncle, Randy. — with reports from Reuters