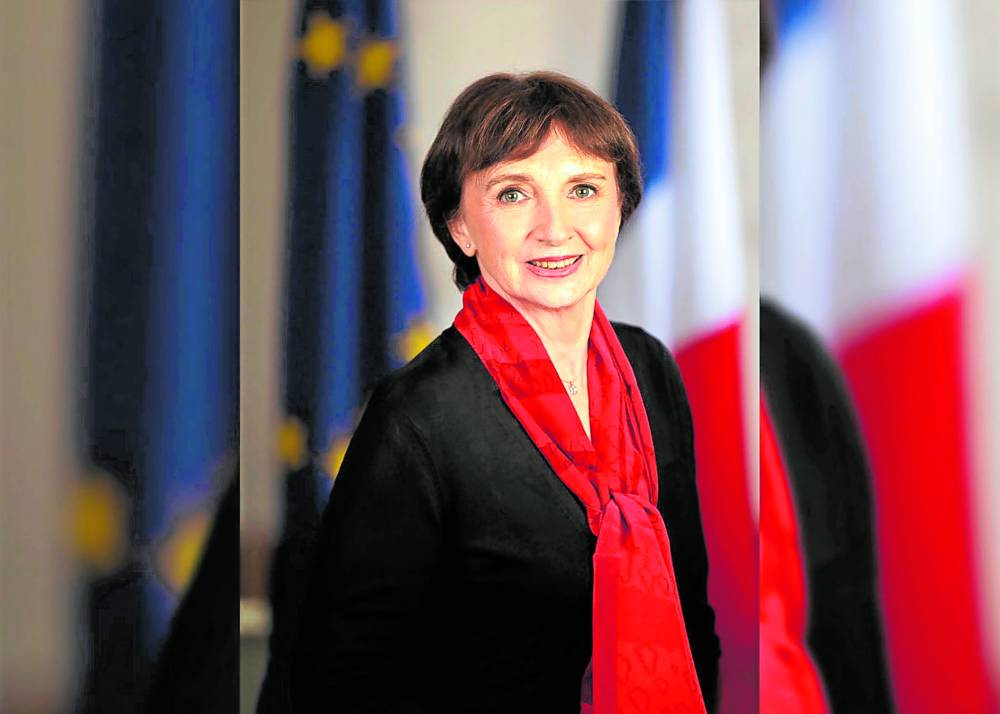 MANILA, Philippines — The Philippine Navy discussed the importance of freedom of navigation in boosting defense relations with France during a meeting on Wednesday with newly designated French Ambassador to the Philippines Michèle Boccoz at the Navy headquarters on Roxas Boulevard in Manila.

During Boccoz’s visit to the Philippine Navy headquarters, she said, “Maritime is an area where France and the Philippines collaborate very closely.”

Paris has been seeking deeper engagement in Southeast Asia, particularly after Australia decided to cancel a $90-billion diesel-electric submarine deal with France and purchase nuclear subs from the United States.

A submarine group, made up of Philippine Navy officers and enlisted personnel, has been determining the kind of subsurface craft the Navy needed and crafting the required doctrines and training for the vessels, and Defense Secretary Delfin Lorenzana said in December 2019 that the French-made Scorpène-class submarine was well-suited to Philippine Navy requirements and was high on the list of preferred subsurface platforms.

In March, the Marine Nationale, France’s Navy, committed to assist the Philippine Navy in creating its submarine force in terms of training and project management.

The Philippine Navy has long been looking to procure two diesel-electric submarines to modernize its sea assets and upgrade its warfare capability.

Last month, Marine Nationale, represented by joint commander of the French armed forces in the Asia-Pacific Rear Ad. Jean-Mathieu Rey, took part as an observer in the Philippine Navy’s annual bilateral “Sama-Sama” exercise with its US counterpart.

Bordado noted various collaborations and partnerships, including port calls, naval exercises and training, between the Philippine Navy and the Marine Nationale.