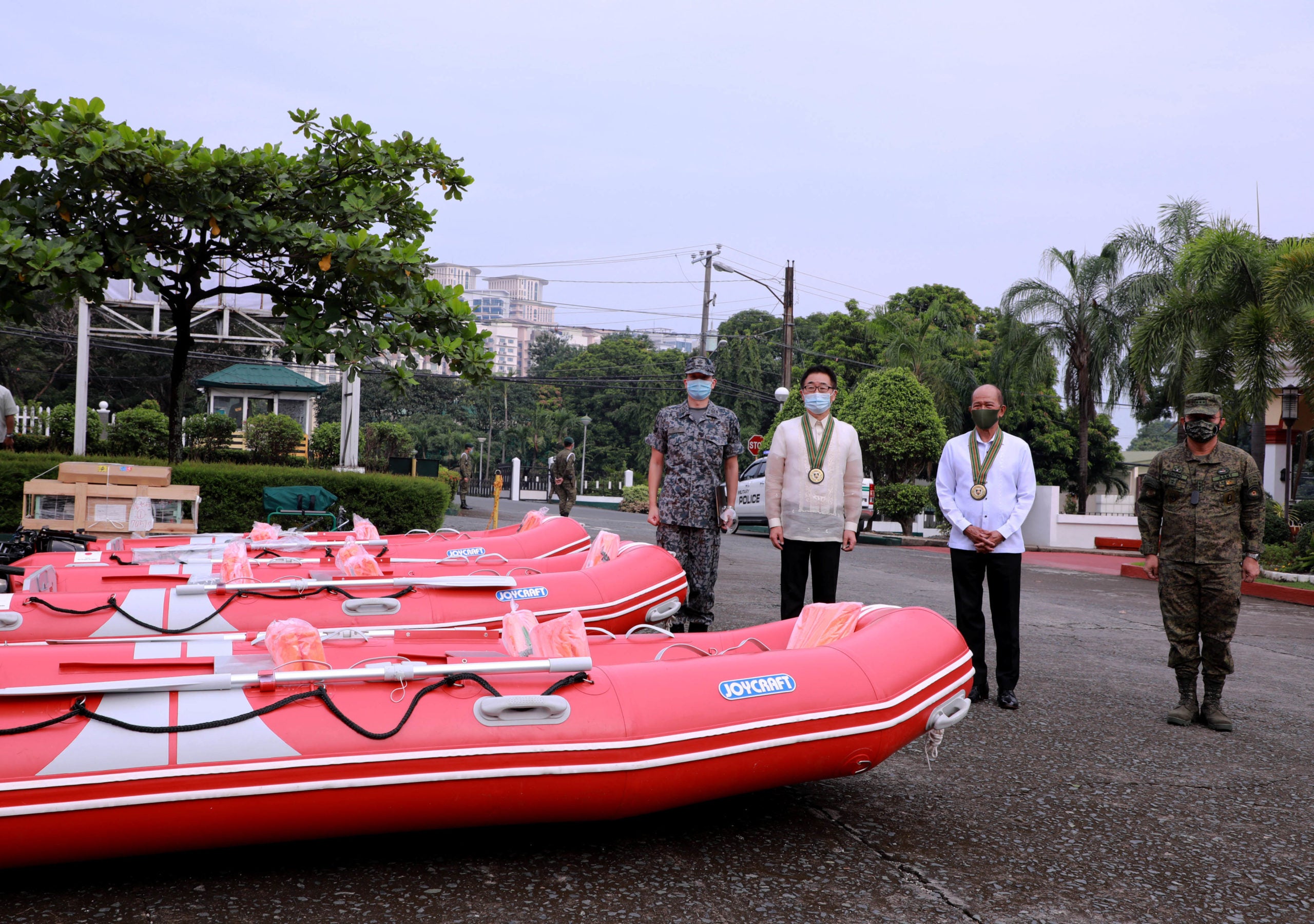 MANILA, Philippines—The Japanese government on Wednesday (Oct. 6) handed over P46 million worth of disaster response equipment to the Philippine Army.

The equipment included lifeboats, vests, chainsaws, digging tools, lighting apparatus with generators and other tools for search and rescue, which were also being used by the Japan Self-Defense Force.

The donations would be turned over to the Philippine Army’s 51st Engineering Brigade, the standby disaster response unit in Metro Manila and its suburbs, according to the Department of National Defense.

“While we pray that nothing will require their use in the near future, we are comforted by the fact that our armed forces is better-equipped to respond to our people’s call for help in any eventuality,” Lorenzana said in a statement.

The donation was part of the non-monetary grant for disaster reduction worth more than P200 million signed in 2015.

Early this week, the Japanese government donated disaster response equipment and supplies to the Philippine National Police as part of a grant signed in 2017.