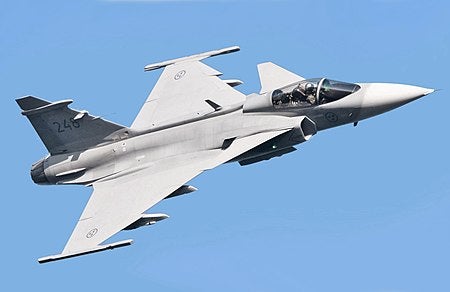 Defense Secretary Delfin Lorenzana may have been impressed with the Lockheed Martin F-16 multirole fighter aircraft of the United States, but practical reasons may prompt the Philippines to acquire equally impressive supersonic jets made in Sweden.

Back from his trip to Washington, Lorenzana marveled at how the F-16 was easy to fly after having flown the aircraft on a flight simulator while he was in the United States.

“The F-16 is very good. Even if you’re new to flying it, after being taught the basics you can easily land the aircraft. Just like what I did on the simulator. I was able to land it safely,” said Lorenzana, an Army general before his retirement in 2004.

But, Lorenzana said at on online press conference on Thursday, the DND only had P60 billion set aside for new jets to beef up the fleet of FA-50 jets the Philippines acquired from South Korea.

“For now, if we buy F-16s with the money we have, we can only buy two. Whereas if we buy the Swedish-made [Saab JAS-39 Gripen], we can acquire six,” he said.

The F-16V jets, costing from $12 million to $35 million depending on its equipment, has a top speed of Mach 2.0 and can be equipped with sensors, assorted bombs and missiles and armed with a 20-mm cannon.

“(The US) knows we’re looking around for platforms we can afford,” he pointed out.

But according to Lorenzana, “If (the US) offers us a financing scheme or (a payment scheme) favorable to us maybe we can (buy F-16 aircraft). If not, we won’t buy from them. We’ll buy Gripen from the Swedish.”

The Gripen is also capable of speeds of up to Mach 2.0, also armed with a 20-mm cannon and can also be equipped with various missiles, rockets and bombs as well as surveillance equipment.