Legarda bats for improved benefits for military and uniformed personnel

Three-term Senator, now Deputy Speaker Loren Legarda underscored her commitment to ensure that adequate remuneration is provided to our Military and Uniformed Personnel (MUP) and to all the government workers, striving to keep this country whole and resilient despite all the challenges and crises.

“Our soldiers, police and other uniformed personnel are the frontliners in defending our country. They are the protector of the people, tasked to secure the sovereignty of the State and the integrity of the national territory. They are even at the frontline in rescue operations during disasters and public emergencies, like the health crisis that we are currently going through. In gratitude for their unrelenting sacrifice and service to the country, we have to continue to protect the rights and welfare of our military and uniformed personnel and work on the improvement of their benefits,” Legarda said. 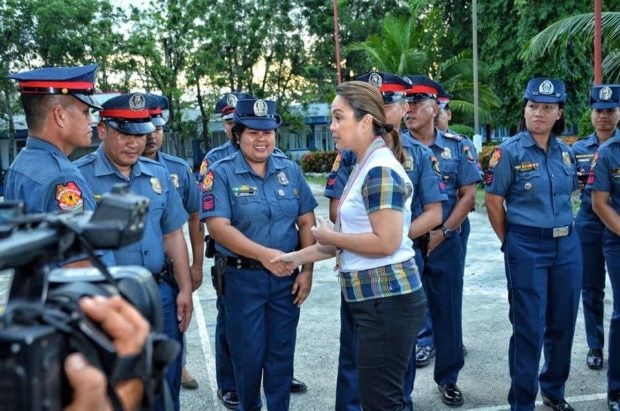 Legarda, an advocate for the rights of public servants and government workers, said that as a public servant herself and a Reservist of the Philippine Airforce with the rank of Colonel, it is her moral responsibility to protect and promote the rights of fellow military and uniformed personnel, especially the rank-and-file who are overworked and underpaid, to uplift their living standards and for them to have a better life.

“I deeply value the arduous mission our military and uniformed personal have to undertake in order to protect the people and the State from lawless violence, invasion, rebellion, terrorist acts and other activities that might affect public order and safety. With the enormity of these duties, we have to ensure that they are well-equipped and well-compensated for the hazards they face in the course of performing their duties,” Legarda said.

In her three-terms in the Senate, Legarda filed bills to provide additional remuneration for the welfare of our soldiers and uniformed personnel. During her stint as then Vice Chair of the Senate Committee on National Defense and Security in the 15th Congress, she pushed for the increase in subsistence allowance of officers and enlisted personnel of the AFP and proposed for the increase of combat pay to an amount equivalent to 25% of their base pay. 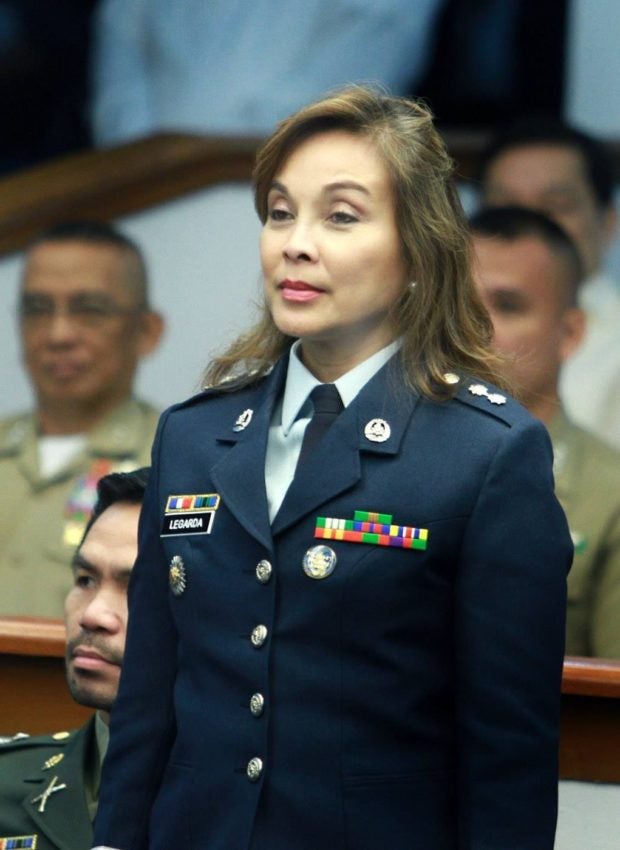 As the Chair of the Senate Committee on Foreign Relations, Legarda sponsored the concurrence in the ratification of the Protocol Additional to the Geneva Convention of 12 August 1949, and Relating to the Protection of Victims of International Armed Conflicts (Protocol I) that would extend greater protection to our Filipino soldiers in case they are deployed abroad for peacekeeping and other military operations in the course of an international armed conflict. Medical units and medical transportation of the armed forces will likewise be entitled to reinforced protection.

Legarda also co-authored proposed measures that seek to provide educational assistance, special financial assistance, and other benefits to beneficiaries of uniformed and law enforcement personnel of the AFP, PNP, BFP, BJMP, Philippine Coast Guard (PCG), National Bureau of Investigation (NBI), Bureau of Corrections (BuCor), and Philippine Drug Enforcement Agency (PDEA), killed or permanently incapacitated while in the performance of their duty or by reason of their office or position.

The former Senator also sponsored  Joint Resolution No. 11, which was approved by the current administration, providing for the increase in the base pay of soldiers, policemen and other uniformed personnel in the government starting January 2018, which was first funded in the amount of Php 62.8 billion under the 2018 General Appropriations Act (GAA).

Under the same annual budget, Legarda sponsored budgetary increases to fund the unpaid pension of spouses of World War II veterans worth Php 1.647 billion and the housing program of the PNP and the AFP in the amount of P1.35 billion. Php 100 million was also allocated under GAA 2018 for the PNP Command Center, Php 100 million for the procurement of non-lethal weapons and equipment for our police force, Php 81.734 million for the establishment of the Women and Children Protection Center, and Php 850 million to augment the per capita allowance of the PNP, which was funded again under 2019 GAA. 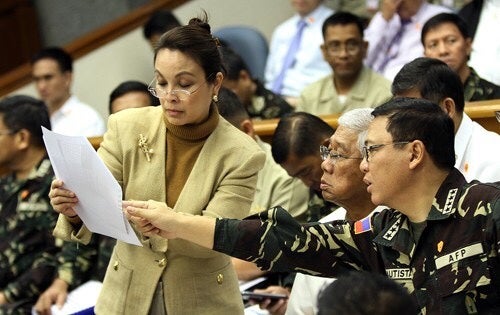 For the AFP, Legarda provided for the AFP Resilience Fund in the amount of Php 75 million under 2018 GAA.  In addition, under 2019 GAA, Legarda sponsored the increase in allowance for  all CAFGU Active Auxiliary Companies under the Department of National Defense – Philippine Army to bolster anti-insurgency operations and she also allotted budget for the construction of female barracks for our Philippine Navy personnel.

She also continuously supported the National Defense College of the Philippines (NDCP) and provided funds for the construction of the Academic Building, Living Quarters for Staff, Student Dormitory, vehicles as well as funds for both the regular classes of the Master in National Security Administration and the pilot class of its Executive Program (EMNSA), all of which have provided opportunities for professional development for our military and uniformed personnel.

“With the dangerous circumstances under which our soldiers, policemen and other uniformed personnel in the government perform their noble duty and fulfill their sworn oath to protect our nation and ensure that our people are safe, we must also fulfill our part to protect them and their families by ensuring that their most basic and pressing needs are addressed,” Legarda concluded.

Voter registration made accessible and convenient in 35 Robinsons Malls

Youths in agriculture: Enabling a sustainable agricultural environment for the next generation