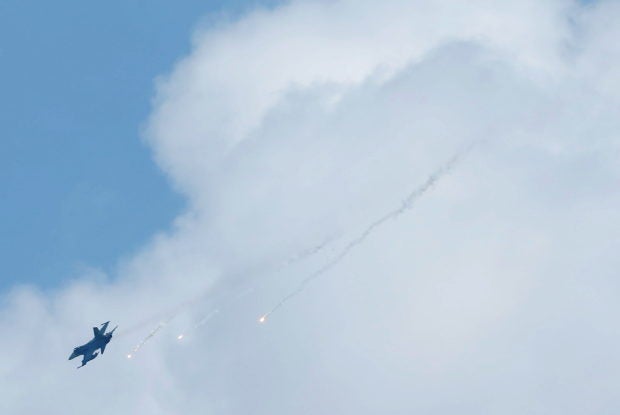 Chinese-claimed Taiwan has complained for a year or more of repeated missions by China’s air force near the self-ruled island, often in the southwestern part of its air defence zone near the Taiwan-controlled Pratas Islands.

Taiwanese combat aircraft were dispatched to warn away the Chinese aircraft, while missile systems were deployed to monitor them, the ministry said.

The Chinese aircraft flew in an area closer to the Chinese than Taiwanese coast, roughly northeast of the Pratas, according to a map provided by Taiwan’s defense ministry.

The last such large-scale activity, on June 15, involved 28 Chinese air force aircraft, the largest incursion reported by Taiwan to date.

China often mounts such missions to express displeasure at something Taiwan has done or at shows of international support for the democratically ruled island, especially by the United States, Taiwan’s main arms provider.

It was not clear what might have prompted China to launch its aircraft this time, though a U.S. warship and a U.S. Coast Guard cutter sailed through the Taiwan Strait late last month.

China has described its activities as necessary to protect the country’s sovereignty and deal with “collusion” between Taipei and Washington.

Taiwan’s defense ministry said last week that the threat from China was growing, saying China’s armed forces can “paralyze” Taiwan’s defenses and are able to fully monitor its deployments.