No Filipinos reported hurt so far in Haiti quake; Duterte condoles with Haitians 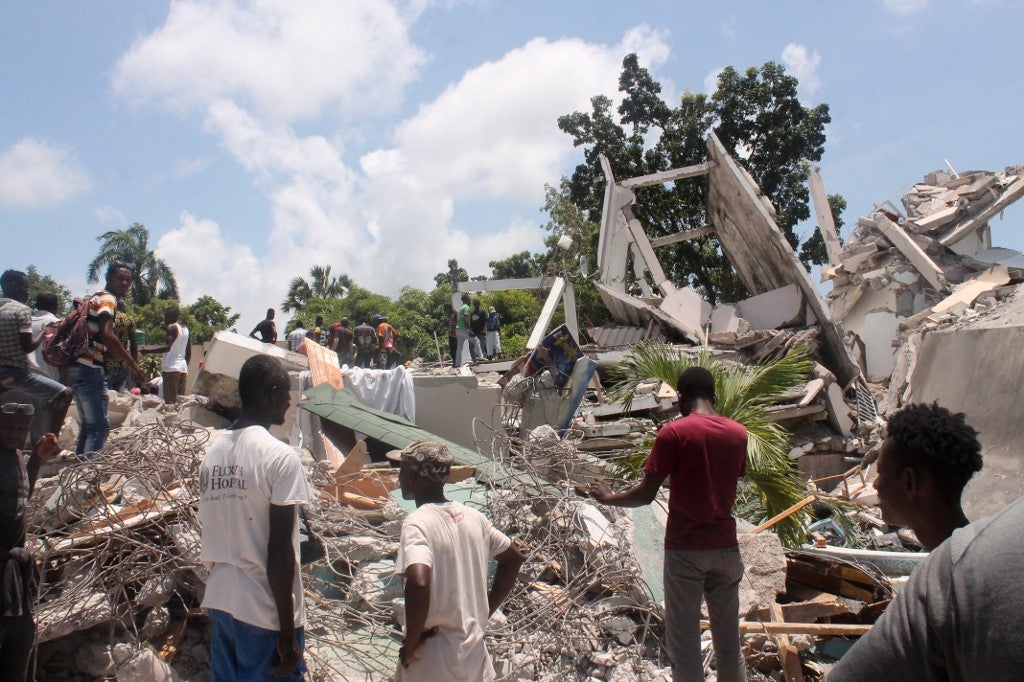 People search through the rubble of what used to be the Manguier Hotel after the earthquake hit on August 14, 2021 in Les Cayes, southwest Haiti.  (Photo by Stanley LOUIS / AFP)

MANILA, Philippines — No Filipinos have been reported hurt so far due to the magnitude 7.2 earthquake that struck Haiti, Malacañang said Monday as it also extended President Rodrigo Duterte’s sympathy to the Haitian government and people.

The death toll from the earthquake has climbed to 1,297, officials confirmed.

“On behalf of the Filipino nation, President Rodrigo Roa Duterte extends his sincere condolences to the government and to the people of Haiti for the tragedy and devastation caused by the strong earthquake that struck Haiti,” presidential spokesperson Harry Roque said in a press briefing.

(According to the initial report of the Department of Foreign Affairs, no Filipinos were affected by the earthquake in Haiti. The center of the quake was not in Port Au Prince, the capital of Haiti where most of our countrymen are located.)

The 7.2-magnitude quake struck 8 kilometers from the town of Petit Trou de Nippes or about 180 km west of the capital Port-au-Prince.