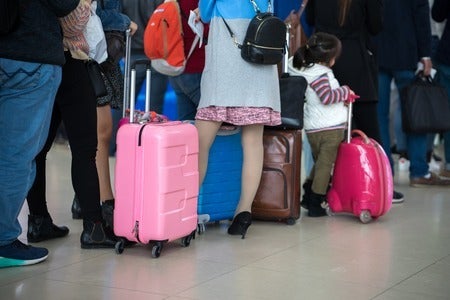 The 32 Filipinos are now in Doha, Qatar and are awaiting their flight to the Philippines, the DFA said in a statement.

A group of 19 more Filipinos are also set to leave Afghanistan immediately, according to the DFA.

The evacuation comes after Alert Level 4 was raised in Afghanistan due to the “worsening security situation.”

The DFA said it is currently making arrangements for the repatriation of Filipinos still left in Kabul, Afghanistan’s capital.

“The Department and its Foreign Service Posts in the region and beyond are exploring all avenues of cooperation and are closely coordinating with governments and international partners to guarantee their immediate and safe passage,” the DFA added.

The DFA, meanwhile, renewed its call for all remaining Filipinos in Afghanistan to avail of the repatriation program and to immediately contact the Philippine Embassy in Pakistan or OFWHelp through the following:

According to DFA figures, there are an estimated 130 Filipinos in Afghanistan.