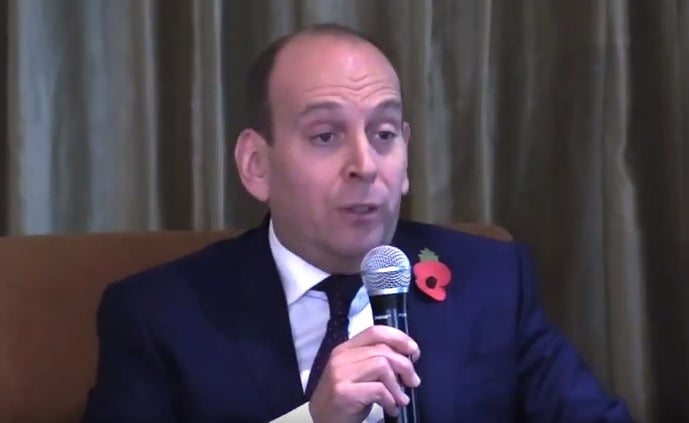 MANILA, Philippines — The Philippines and the United Kingdom (UK) are engaged in talks for an agreement that will ensure the “sustainable” deployment of Filipino healthcare workers, Britain’s envoy to Manila said Thursday.

“There is a very healthy community of Filipino healthcare workers who have arrangements and commitments and contracts to work in the United Kingdom, particularly in the National Health Service (NHS),” British Ambassador to the Philippines Daniel Pruce said in an ANC interview.

“We’ve had a very constructive discussion with the government to ensure that, that will continue and continues in a way which both responds to the aspiration of the healthcare workers themselves and the needs of the NHS but is also very mindful of the needs here in the Philippines,” he added.

Pruce did not give further details on the ongoing talks but said previous engagements with the labor and health departments indicate the creation of a “very good” arrangement on the matter.

“The discussions are being constructed in a very positive and constructive way and  I think it will be in the period ahead that we will see the establishment of a clear agreement,” he also said.

Pruce stressed that the UK side is being “very mindful” of the importance of Filipino medical workers in dealing with the Philippines’ own “healthcare challenges.”

“We completely respect that and don’t seek to undermine that at all,” he said.

Still, he highlighted the “enormous contribution” of Filipino healthcare workers in terms of the UK’s response to the COVID-19 pandemic.

“I think we’ve established a clear understanding of the principle that the Filipino healthcare community makes a unique contribution to the UK,” he said.

“Thanks to the great relationship we’ve got with the government of the Philippines, particularly, the Department of Labor [and Employment], we’re able to ensure that we’ll put in place an arrangement which will manage those flows in a way which is sustainable and meets the interest of both countries,” he added.

Filipino nurses in the UK have been lauded as “unsung heroes” in Britain’s fight against COVID-19.

Early this year, Filipina nurse Charito Romano was awarded a British Empire Medal in recognition of her outstanding work amid the COVID-19 pandemic. She was among those included in Queen Elizabeth II’s New Year’s honors list.

In October 2020, a British Empire Medal was also awarded to Filipina nurse Minnie Klepacz for her “tireless work to support her colleagues and community” during the health crisis.