US warns China: Attack on PH to trigger defense treaty 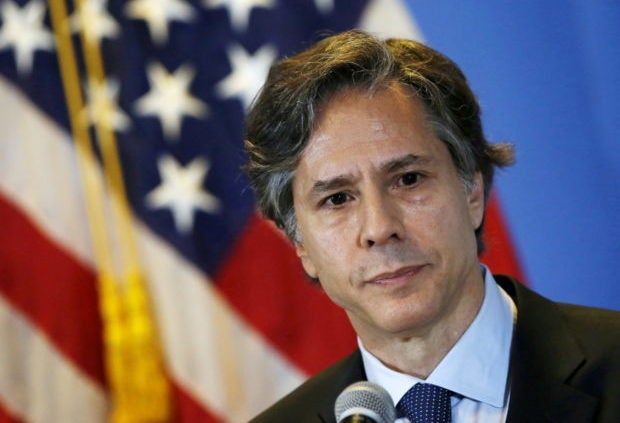 US Secretary of State Antony Blinken made the comment in a written statement marking the fifth anniversary of a ruling by an arbitration court rejecting China’s sweeping territorial claims in the South China Sea.

“The United States reaffirms its July 13, 2020, policy regarding maritime claims in the South China Sea. We also reaffirm that an armed attack on Philippine armed forces, public vessels, or aircraft in the South China Sea would invoke US mutual defense commitments under Article IV of the 1951 US-Philippines Mutual Defense Treaty,” Blinken said.

“We call on the PRC [People’s Republic of China] to abide by its obligations under international law, cease its provocative behavior, and take steps to reassure the international community that it is committed to the rules-based maritime order that respects the rights of all countries, big and small,” he said further.

“The US statement disregards the historical merits and objective facts of the South China Sea issue, violates and distorts international law, and breaks the US government’s long-held public commitment of not taking a position on the South China Sea sovereignty issue,” said Zhao.

“It deliberately stokes disputes on territorial sovereignty and maritime rights and interests, sows discord among regional countries and undermines regional peace and stability. This is extremely irresponsible. China is strongly dissatisfied with and firmly opposed to the wrong act by the US side,” he added.

On July 12, 2016, the Permanent Court of Arbitration in the Hague, the Netherlands, ruled that China’s claims in the South China Sea had no basis in international law and that it had violated the Philippines’ sovereign right to fish and explore resources in the West Philippine Sea, waters within the country’s 370-kilometer exclusive economic zone.

The European Union’s delegation in the Philippines said on Twitter that it “reaffirmed the importance of maintaining and promoting peace, security, stability, safety, and the right of freedom of navigation in and overflight above the South China Sea, as well as the peaceful resolution of disputes, in accordance with international law, in particular UNCLOS (United Nations Convention on the Law of the Sea).”

—WITH A REPORT FROM REUTERS