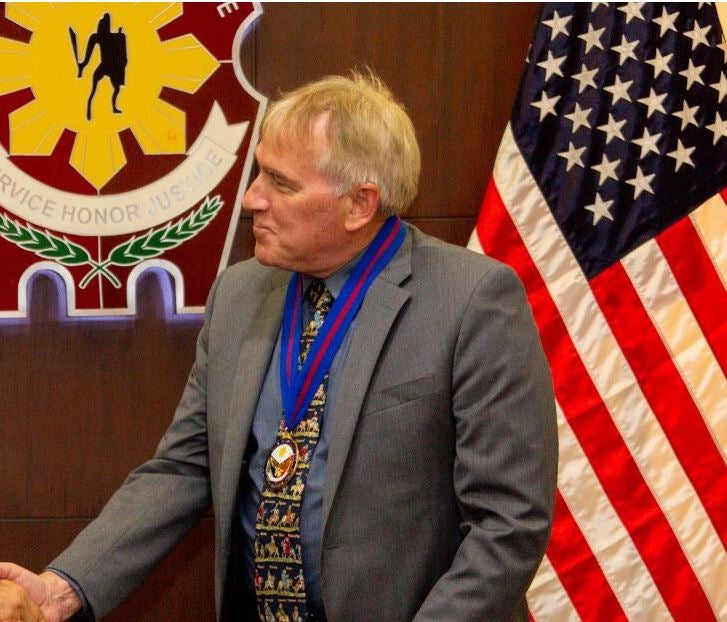 MANILA, Philippines — The United States and the Philippines are “working very hard” to restore the Visiting Forces Agreement (VFA) between the two countries as they hope to reach a “satisfactory arrangement” to continue the defense pact, Washington’s top diplomat to Manila said Thursday.

“The Visiting Forces Agreement is very important, we support it and we’re hopeful that we can arrive at a satisfactory arrangement to continue that,” U.S. Embassy in the Philippines Chargé d’Affaires John Law told reporters on the sidelines of the commemoration of the 245th anniversary of the U.S. Independence Day Thursday.

Nevertheless, Law stressed that the relations between the Philippines and the U.S., which is on its 75th year in 2021, “is more than merely a defense agreement.”

“We have always had enormous faith in the future of U.S.-Philippine relations and alliance,” he said.

“We have an extremely important relationship with the Philippines and we’re determined to do everything we can at all times to make it strong,” he added.

Last month, President Rodrigo Duterte held off for the third time the termination of the VFA as he “studies” the pact and “both sides further address his concerns regarding particular aspects of the agreement.”

Officials from the Philippines and the US began discussions to iron out the two countries’ differences over the VFA last February, a year after Duterte pulled out from the agreement.

The process of the VFA termination has already been suspended in June 2020 and then in November 2020.

Read Next
PH, Japan air forces train on disaster response
EDITORS' PICK
Connect to PH’s fastest network with new Signature Plan Lite at only P599 per month
Hidilyn Diaz wins weightlifting gold in Tokyo Olympics
Duterte warns of possible lockdown if ‘more aggressive’ Delta variant spreads
Duterte: When I said I will fight drugs in 6 months, I thought it was like in Davao
Harnessing technology for quality education
Tips for a cheerful life
MOST READ
Hidilyn Diaz wins weightlifting gold in Tokyo Olympics
Go to war with China over West PH Sea? It will be a ‘massacre’, says Duterte
Hidilyn shoots not only for gold but also for permanent place in PH sports history
Duterte acclaims Sotto: ‘He can become a good vice president’
Don't miss out on the latest news and information.