Saying they want nothing but for the Bangsamoro Autonomous Region in Muslim Mindanao to succeed, the Malayang Lipunan Movement (MLM) Mindanao chapter is urging the senate to conduct an inquiry on what it calls as “questionable” maintenance and operating expenses incurred by BARMM amounting billions of pesos.

Jhannah Vilegas, MLM Mindanao director, said that based on a copy of the budget  they received from BARMM, the region received a huge budget and a substantial amount was allegedly spent on “Maintenance and Other Operating Expenses (MOOE) that includes but not limited to Supplies and Materials.”

“We demand absolute transparency on where all these moneys went if we want the BARMM to succeed and not go the same way as the failed Autonomous Region in Muslim Mindanao (ARMM),” Villegas stressed.

“For instance, prudent dictates that with a P6 billion budget for supplies for a year is highly questionable, unconscionable, extravagant and highly immoral,” Villegas added.

The MLM director said it is also worth noting that the BARMM Government is actually still in the process of recruitment such that various field offices in the five (5) provinces are still not in its full capacity of operation.

“It is a blunder that you have a huge budget for supplies and materials and no personnel are doing administrative or clerical work. Still, the amount is very huge and mind-boggling,” Villegas stressed.

However, the Senate recently adjourned sine die the Second Regular Session of the 18th Congress last and won’t be back in session until after the third week of July. 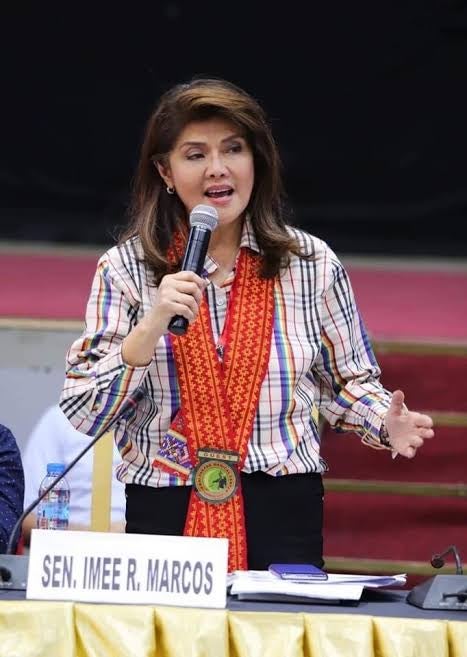 Earlier, Sen. Imee Marcos filed Senate Resolution No. 729 on May 24 2021, directing the Senate Committee on Finance to conduct an inquiry into the expenses on rehabilitation, development projects of conflict-affected community in the region, saying “there is too little progress and change in the Bangsamoro Autonomous Region in Muslim Mindanao (BARMM).” The lady senator said under the General Appropriations Act (GAA) of 2020, the Bangsamoro Autonomous Region in Muslim Mindanao (BARMM) was allocated an annual appropriation of P7 billion, an Annual Block Grant of P63.6 billion, and a Special Development Fund of P5 billion.

In addition to this, under the 2021 GAA, the BARMM was also given an annual appropriation of P8.6 billion, an Annual Block Grant of P71.6 billion, and a Special Development Fund of P5 billion.

“Prior to the establishment of the BARMM, the Autonomous Region in Muslim Mindanao (ARMM) was allocated an annual appropriation of P32.4 billion and Adjustments of P7.2 billion with Total Available Appropriations of Php 39.7 billion,” Marcos said.

“Thus, as compared to the ARMM appropriation of only P39.7 billion, the total BARMM allocation was higher, amounting to at least double the amount of the budget allocated to the ARMM,” Marcos said. “Despite these allocated appropriations, there is too little progress and change in the BARMM.”

“With the huge appropriations made in the GAA for 2020 and 2021, it is imperative for Congress to determine the status of the projects implemented especially since the Bangsamoro Government is still in its transition stage,” Marcos added.

“It is also important for Congress to be informed on the progress of the transition process, implementation of programs and the proper utilization of funds, as well as the reasons for delay which are not attributable to the dire effects of the COVID-19 pandemic and to determine other legislative measures, if necessary, to be legislated by Congress in order to promote the long-term vision of meaningful growth in the Bangsamoro Region.”