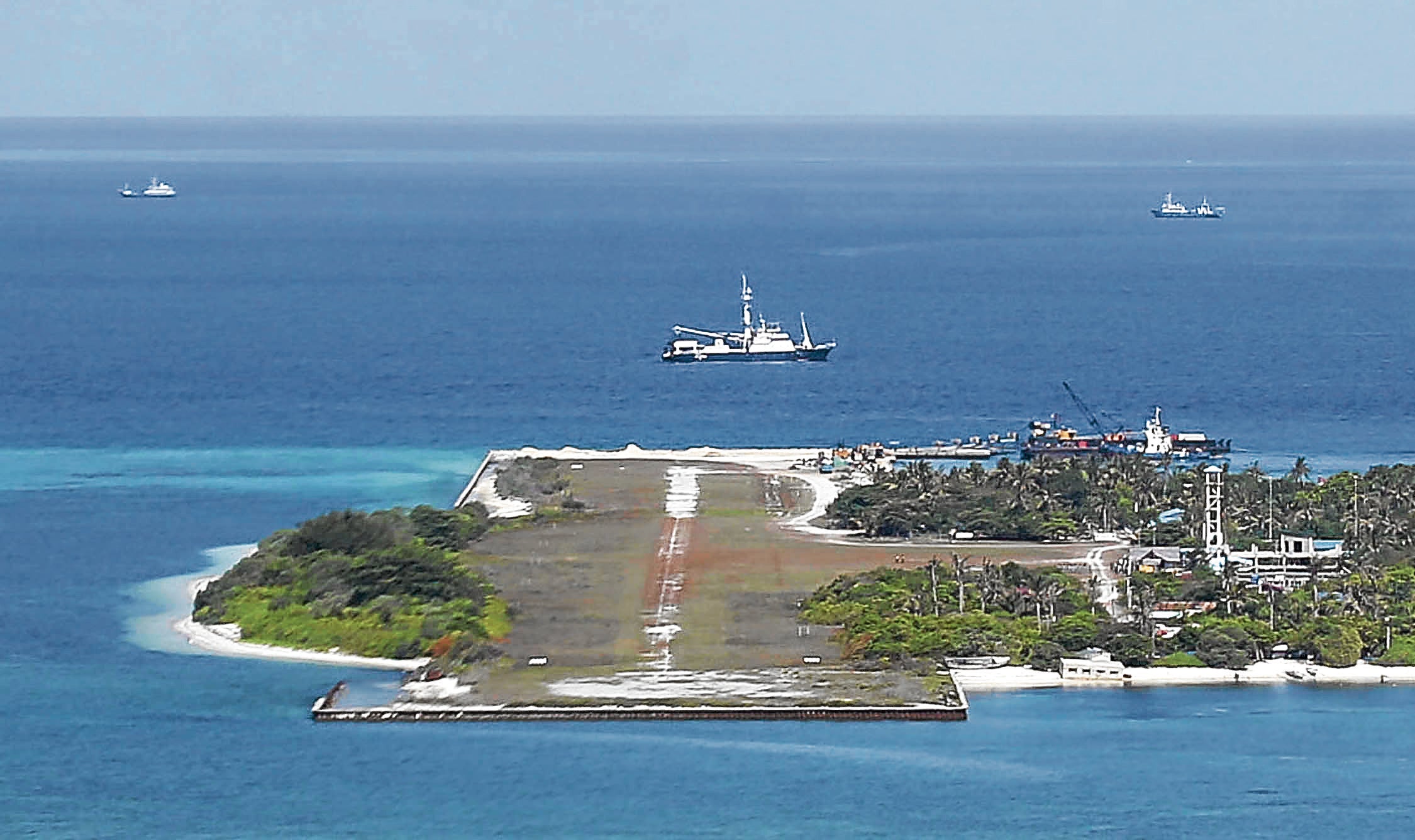 Aerial view of Pag-asa Island, Kalayaan Group of Islands, Palawan as seen from the cockpit of a PAF C-130T.  INQUIRER FILE PHOTO/LYN RILLON

MANILA, Philippines — Amid heightened tensions in the West Philippine Sea, a 300-kilowatt power plant on Pag-asa Island will be switched on today in time for the celebration of 123 years of Philippine independence.

The state-firm National Power Corp. (Napocor) said it had allotted P33 million for the project dubbed “Kalayaan Diesel Power Plant” on Pag-asa, which is part of the country’s Kalayaan Island Group.

The amount covers the supply, delivery and installation of diesel-fed generator sets, the 13.8-kilovolt distribution line, and the fuel oil storage tanks that will ensure a continuous fuel supply for the power plant.

“Following the successful series of tests and commissioning of the facility this week, we have seen that it is only fitting to formally switch on the power plant as the Armed Forces of the Philippines raises the Philippine flag on the island on Independence Day,” Napocor president and chief executive Pio Benavidez said in a statement.

Benavidez said the power plant would provide round-the-clock power to the 68 facilities on Pag-asa, including housing units, government offices and a military camp.

Pag-asa is the seat of government of the fifth-class municipality of Kalayaan, which is under the jurisdiction of the province of Palawan.

It has a runway, a day care center, an elementary school, a fish-landing center, a naval port, and a municipal health center. It also hosts an office of the Commission on Elections and a Philippine Atmospheric, Geophysical and Astronomical Services Administration weather station.

Recent government efforts to further develop the island are seen as assertions of Philippine sovereignty in the face of increasing intrusions by Chinese maritime militia vessels into the country’s exclusive economic zone. —Ronnel W. Domingo