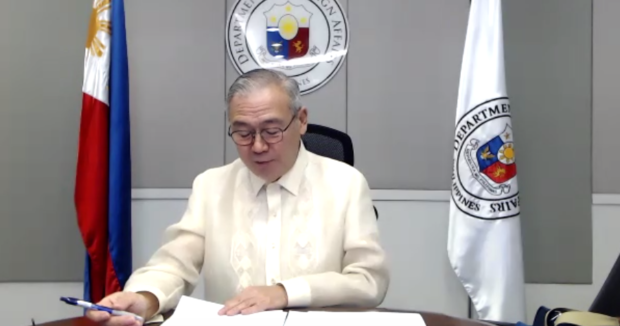 According to the Department of Foreign Affairs, Locsin said the Philippines’ fight against corruption was not all punitive but also recognizes integrity.

He cited the Seal of Good Local Governance Act that rewards transparency and accountability in the use of public funds, the Anti-Terrorism Act that fills gaps in the investigation and prosecution of money laundering especially for terrorism financing, and the Philippine Government Procurement and Reform Act, that requires the presence of civil society observers in local and national government bidding procedures in public procurement.

The country’s top diplomat also highlighted the creation of the joint oversight committees under the “Bayanihan to Heal as One” and “Bayanihan to Recover as One” laws as a response to the pandemic.

Locsin also noted that “the merest prejudicial disparity in a bid invites a charge of corruption,” and that “Corruption strikes at the life and soul of nations, killing the credibility and therefore viability of states, which are nations’ political expression, encouraging the deadly, fast-spreading virus of public cynicism that kills love of country.”

In his statement, Bozkir urged policymakers to leverage the special session to take concrete measures to prevent and address corruption saying in his remarks that “corruption corrodes public trust, weakens the rule of law, seeds conflict, undermines human rights and hinders efforts to achieve the targets of the 2030 Agenda.”