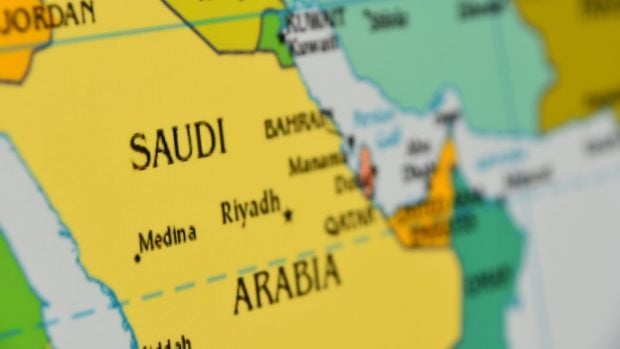 MANILA, Philippines — The Department of Labor and Employment (DOLE) has imposed a temporary deployment ban to the Kingdom of Saudi Arabia (KSA) over questions on requirements allegedly imposed by employers on Filipino workers.

In a memorandum addressed to Philippine Overseas Employment Administration (POEA) administrator Bernard Olalia, Labor Secretary Silvestre Bello III said that DOLE “received reports that departing OFWs are being required by their employers/foreign recruitment agencies to shoulder the costs of the health and safety protocol for COVID-19 and insurance coverage premium upon their entry in the Kingdom.”

“In the interest of the service, you are hereby instructed to effect the temporary suspension of deployment of Overseas Filipino Workers to the Kingdom of Saudi Arabia effective immediately and until further notice,” Bello said.

The lack of “clear and expressed” guidelines on who would shoulder the cost of the quarantine expenses and insurance of migrant workers prompted the Labor secretary to temporarily stop the deployment of Filipino workers to Saudi Arabia, according to Manila’s labor attaché in the Kingdom.

In a press forum hosted by DOLE, Labor Attaché Fidel Macauyag said there had been complaints coming from Manila of OFWs who were supposedly made to pay for their insurance and quarantine fees.

“I think that information angered a little the Secretary and that prompted him to issue the order,” he added.

And while the Philippine Overseas Labor Office (POLO) in Saudi Arabia has not received similar complaints from OFWs, they have yet to see specific guidelines on who should pay for the workers’ quarantine and insurance, Macauyag said.

(Actually we are instructed to make a report, make a submission on what the guidelines are. Who will really shoulder the cost because undergoing quarantine there is expensive.)

Macauayag said quarantine fees could cost up to around 3,500 SAR (Saudi riyal) or approximately P44,000.

“That is why the Secretary wants that there must be specific guidelines stating that the employer must be the one tasked to pay for the cost of these expenses for quarantine at saka insurance,” he added.

Without any clear rules on the matter, Macauyag warned that it runs the risk of employers or recruitment agencies shifting the cost on the shoulders of OFWs, a scenario that the labor chief wants to avoid.

(We saw on Twitter and on media reports that the employers will pay. But we have yet to find it on the official page of the concerned agencies.)

(Maybe not all employers would shift the cost to the worker but there are unscrupulous agencies who, if they see a loophole, will really pass on the expenses to the workers.)

Olalia, for his part, said that the temporary deployment ban went through a thorough process. This, amid criticisms that the issuance of the memorandum was sudden and caught OFWs off guard.

(This was studied thoroughly that’s why we only imposed it now when this issue has surfaced last week, We reached out to KSA but up to now, we have yet to get a clarification.)

Olalia said he is in coordination with his counterpart in Saudi Arabia in order to settle the issue.