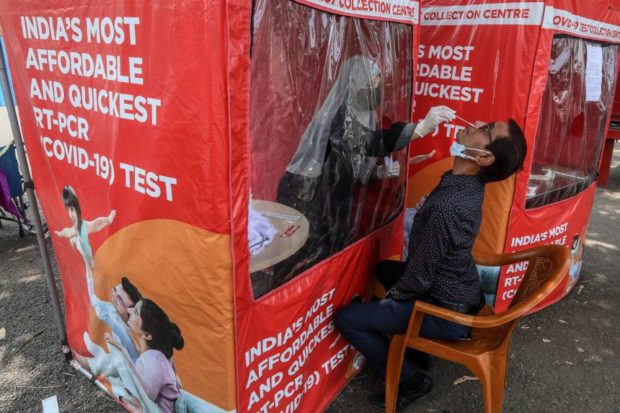 SINGAPORE — After a period of success in containing Covid-19 infections, some countries in Asia are once again beating back an emergence of Covid-19 that has infected over 130 million people worldwide and killed nearly 3 million.

While mass vaccination drives have started for most countries worldwide, Asian nations such as India and the Philippines have found themselves back in lockdown and imposing even stricter measures, as they face an increasing number of new infections daily.

India, which is grappling with its second wave of infections, saw record increases of new cases, with more than 100,000 daily on at least five days last week.

Total deaths also rose to over 168,000 in the world’s second-most populated nation that has more than 13 million infected.

Some districts in India’s hardest-hit state Maharashtra, home to financial hub Mumbai, are in lockdown again with even stricter protocols until the end of the month.

While Maharashtra did register a slight dip in daily cases at the start of this month, the state saw 2,100 Covid-19 deaths in the first week, which could soon outpace the 2,495 deaths it recorded for the entire month of March.

The resurgence in the state can be attributed to new and more transmissible virus variants, a professor of epidemiology at the Public Health Foundation of India told the Times of India.

“There is no peak in sight at the moment and cases will continue to rise until the end of April or early May. This means the problem we are seeing in Maharashtra is going to be every state’s problem,” said Dr Giridhara R. Babu.

The World Health Organization has said that new virus strains that were discovered in Britain, South Africa and Brazil are more virulent than the one first discovered in Wuhan, China, in December 2019.

The emergence of such strains can be blamed for fueling new waves of infections across the world, infectious disease experts have said.

India’s Health Ministry announced last month that it detected a new “double mutant variant” of the coronavirus. There are no details on whether the new strain is more infectious than others.

In the Philippines, a spike in cases in mid-March has overwhelmed hospitals and prompted the authorities to place some 24 million people in the capital Manila and surrounding provinces under lockdown until April 11.

Last month, the health department discovered a new variant in the country. However, Health Secretary Francisco Duque said the variant cannot be classified as a “variant of concern”, noting that more data is needed on its transmissibility and effects on current vaccines.

On Friday (April 9), the Philippines reported 401 new Covid-19 deaths, the highest single-day spike in fatalities since the start of the pandemic.

The country, which has over 840,000 cases and more than 14,500 deaths, has faced some hiccups in its vaccination drive, with reported delays in the delivery of Covid-19 vaccines.

On Thursday, it also suspended the use of AstraZeneca shots for people under 60 after Europe’s regulator said it found rare cases of blood clots among some adult recipients.

Similarly, South Korea, which is feared to be in the early stage of a fourth virus wave, has stopped the use of the British-made AstraZeneca.

South Korea has, to date, recorded over 108,000 infections in total, with more than 1,700 deaths. It had previously managed to keep the infection rate largely under control during the first year of the pandemic.

The authorities on Friday imposed stricter measures that include banning private meetings of five or more people, and also reimposed a ban on nightclubs, karaoke bars and night entertainment facilities.

Thailand, which also had success in tackling earlier outbreaks, has reported a rise in new daily infections ahead of the annual Songkran festivities this week.

Bangkok, which is the epicenter of the latest wave, has seen new cases rise from only a few dozens per day to several hundreds, resulting in a tightening of measures to contain the flare up in infections.

The nation on Saturday reported 789 cases and one death. This brings its total to over 31,000 cases and 97 deaths.

On Friday, Thailand ordered the closure of entertainment venues in its capital city and 40 provinces for at least two weeks.

The virus resurgence could delay its plans to reopen its doors to vaccinated tourists, something it has been banking on to revive its battered tourism industry.

Thailand on Wednesday also confirmed the presence of the highly transmissible Covid-19 variant that was first found in Britain.

Via The Straits Times/Asia News Network