PH Embassy in US airs appeal amid racist attacks on Asians 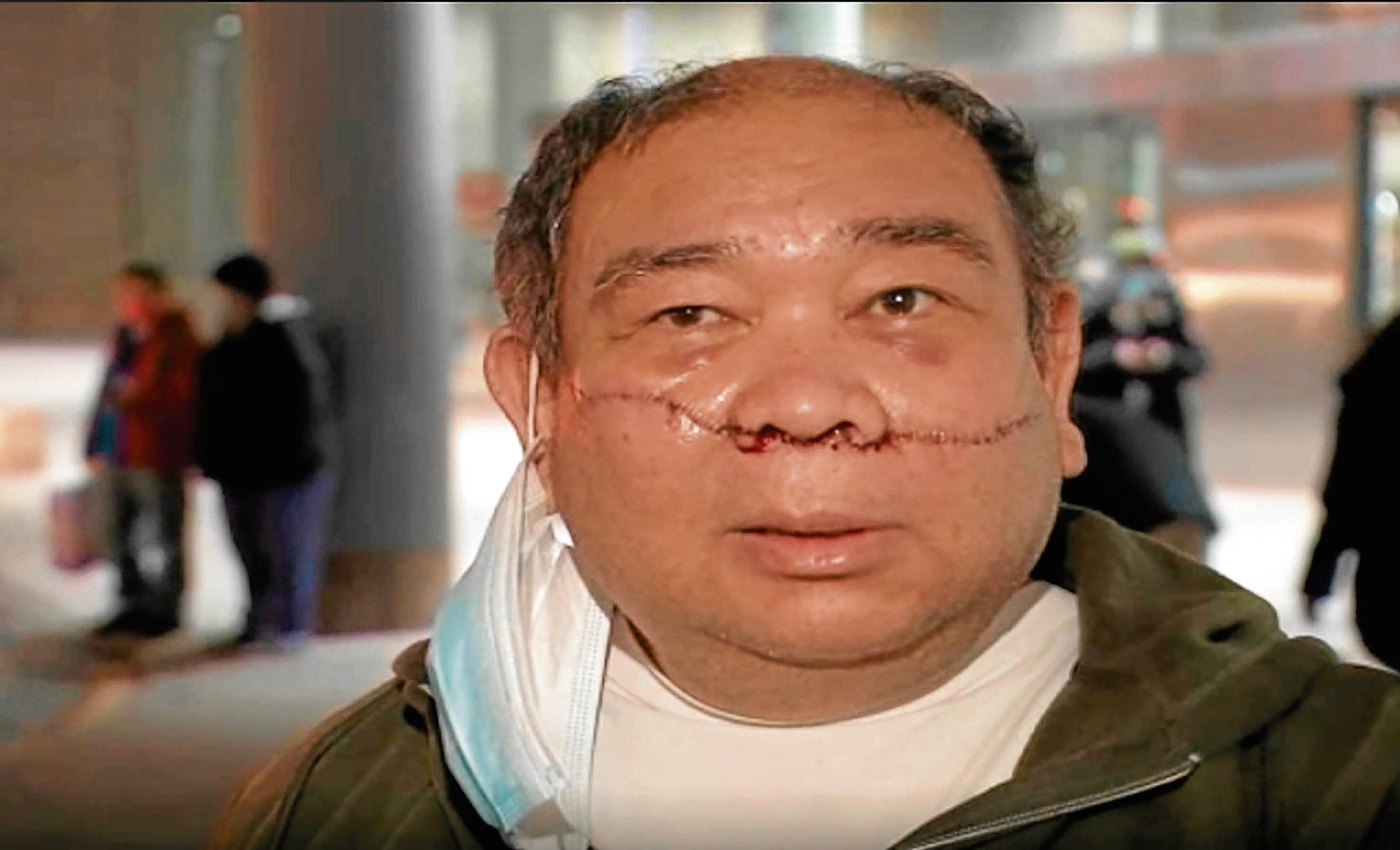 ASSAULT Filipino American Noel Quintana, who was slashed on his face on his way to work taking a subway train in Manhattan, is among the latest victims of attacks in the United States targeting Asian Americans. —SCREENGRAB FROM ABC7NY.COM

The Philippine Embassy in Washington has appealed to American authorities to ensure the safety of Filipinos and other people of Asian descent amid the recent spike of racist attacks in several parts of the United States.

In a statement on Thursday, the embassy also reminded Filipinos in the United States to be more cautious and immediately report incidents of racist violence. “The Philippine Embassy and consulates general in the United States appreciate the swift action taken by a number of local authorities to apprehend perpetrators of these attacks,” it said. “However, we call on federal, state and local authorities to further ensure the protection of persons of Asian descent, including Filipinos.”

In early February, Filipino American Noel Quintana was on his way to work on a New York subway train when he was slashed across his face by another man.

Quintana, 61, said the suspect was kicking his backpack during the commute and when he asked him to stop, the man attacked him and ran away when the train stopped.

Last week, an elderly Filipino woman was assaulted by a man in another unprovoked attack in San Diego, California.

Since the beginning of the coronavirus pandemic early last year, Asian Americans have faced increasing discrimination, from minor aggression to blatant attacks from people who blame them for the spread of COVID-19.

From March to December of 2020, over 2,800 incidents of racism and discrimination targeting Asian Americans across the United States have been reported to Stop Asian Americans and Pacific Islanders (AAPI) Hate, a website created by several advocacy groups that serves as a report center.The New York Times reported on Feb. 23 that, of these incidents, “around 240 … were physical assaults.”

According to the Stop AAPI Hate website, verbal harassment was the highest reported incident, making up 70.9 percent of the total. Other reported incidents include shunning or deliberate avoidance because of race, coughing and spitting, and potential civil rights violations like workplace discrimination and being barred from establishments and public transportation.

Writing for the Times on Feb. 22, lawyer and writer Qian Julie Wang said Anti-Asian sentiment in the United States “is woven into the very fabric of this country.”

“The country’s legal framework dehumanized Asian immigrants, and in turn emboldened Americans to brutalize us,” she wrote. “In the Chinese Massacre of 1871, a white mob hanged nearly 20 Chinese immigrants in makeshift gallows in Los Angeles. In 1930, hundreds of white men roamed the streets of Watsonville, California, terrorizing Filipino farmworkers for days before killing a man. After Pearl Harbor, an angry nation used Japanese Americans as a scapegoat. After the Vietnam War, the Ku Klux Klan tried to drive Vietnamese Americans out of Texas by burning their houses and boats—a symptom of anti-Vietnamese sentiment across the country.”

There are more than 4 million people of Filipino lineage in the United States, according to data from the American Community Survey of the US Census Bureau released in 2018. —WITH INQUIRER RESEARCH