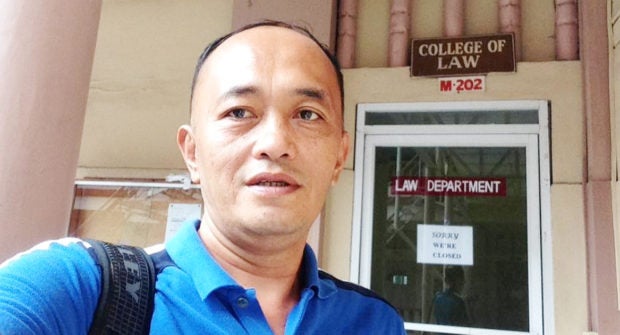 Carl Maamor has joined the clamor by Muslim groups in the Philippines and other countries for action on alleged atrocities against Muslims in Afghanistan by Australian troops. CONTRIBUTED PHOTO

MARAWI CITY—The Information and Evidence Unit Office of the International Criminal Court Prosecutor (ICC) on Thursday (Feb 25) assured a Moro peace activist that the tribunal “will give consideration” to his letter on reported killings last year of civilians in Afghanistan by western troops.

In a letter on February 2, Mark P. Dillon, head of Information and Evidence Unit Office of the ICC Prosecutor, assured that ICC Prosecutor “will give consideration to a letter sent by Maranao peace activist, “as appropriate, in accordance with the provisions of the Rome Statute of the International Criminal Court.”

Carl Ma-amor, a Maranao Muslim peace activist, has called on the United Nations ICC to probe alleged killings of men and children, purportedly by Australian troops in Afghanistan.

Ma-amor, regional chairman of Kilusang Pagbabago in the Bangsamoro Autonomous Region in Muslim Mindanao, said his January 27 letter to the ICC Prosecutor’s Office in The Hague, was sought by families of his fellow internally displaced persons (IDPs) in Marawi City late last year.

In his reply, Dillonassured told Ma-amor: “We will give consideration to this communication (Ma-amor’s letter), as appropriate, in accordance with the provisions of the Rome Statute of the International Criminal Court.”

The Rome Statute is an international treaty creating the ICC to which the Philippines is a signatory-country since 2000. However, the Philippine Senate ratified the treaty only in 2017.

It can be recalled that in November last year, Australia said its own probe “finds evidence of war crimes in Afghanistan,” and that among those killed were children, according to local media reports that triggered the home-based investigation.

The ICC also assured Ma-amor that “this communication (referring to his letter) has been duly entered in the Communications Register of the (ICC Prosecutor) Office.”