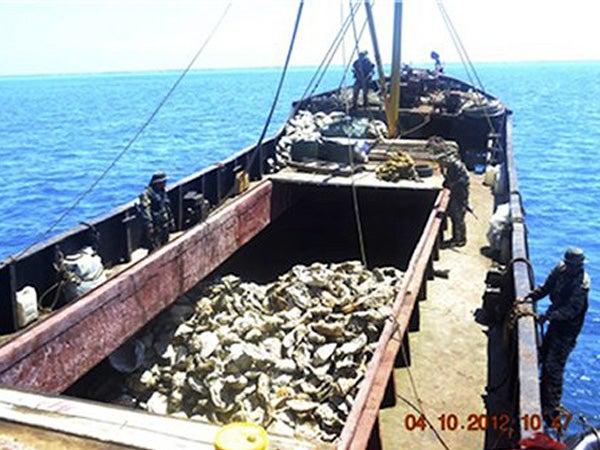 (Time to pay up. The Chinese Embassy previously declined to pay over P200 billion in debt caused by China’s aggression in the WPS since 2013. But now, the value of natural resources that were affected has reached over P800 billion, that’s why we continue to call their attention.)

The senator cited the P231.7 billion worth of reefs that were ruined for seven years, as published by the international journal Ecosystem Services last year. She said the value per coral reef was pegged at P18 million, which was multiplied by 1,850 hectares of reef ecosystems in Panatag and Spratlys that have been damaged by China.

Hontiveros also said that a total of P644 billion fish catch has been looted since 2014, citing recent computations by investigative journalist Jarius Bondoc. The lawmaker noted that Bondoc arrived at the number by multiplying the 1.2 million tons of fish that are usually caught by Chinese vessels in Zamora and Panganiban reefs annually, with Seafdec’s estimated value per ton of fish caught in the South China Sea at P76,710.

In April last year, Hontiveros filed Senate Resolution No. 369 urging the Duterte administration to “exert legal and diplomatic pressure” upon China to end its activities in the West Philippine Sea and to pay reparation for the damage it caused to the country’s reefs. In that resolution, she said China owes the Philippines at least P200 billion “for China’s damage to our reef ecosystems for at least six years.”

She said the amount should now be updated to include recent computations.

(We cannot take back the marine resources that China has destroyed in the WPS. Let us demand payment for China’s debt. Let us not let them be used to being absolved in their abuses to our country.)

“Hinaharass na nga nila ang ating mga mangingisda, sinisira pa ang ating likas-yaman (They are harassing our fishermen and destroying our natural resources). Let’s not allow China to get away with this,” she added.

Hontiveros pointed out that Filipinos have the legitimate right to demand reparations, noting the payment made by Japan for the destruction of Manila during World War II and the payment made by the United States in 2015 after the minesweeper ship USS Guardian gashed corals around the Sulu Sea in 2013.

(We have to find a way to make China pay. If other countries have paid for reparations, why can’t China? Is it because of a “special relationship” again? Let us not let their debts swell further because in the end, the loss will be on the Philippines and Filipinos.)