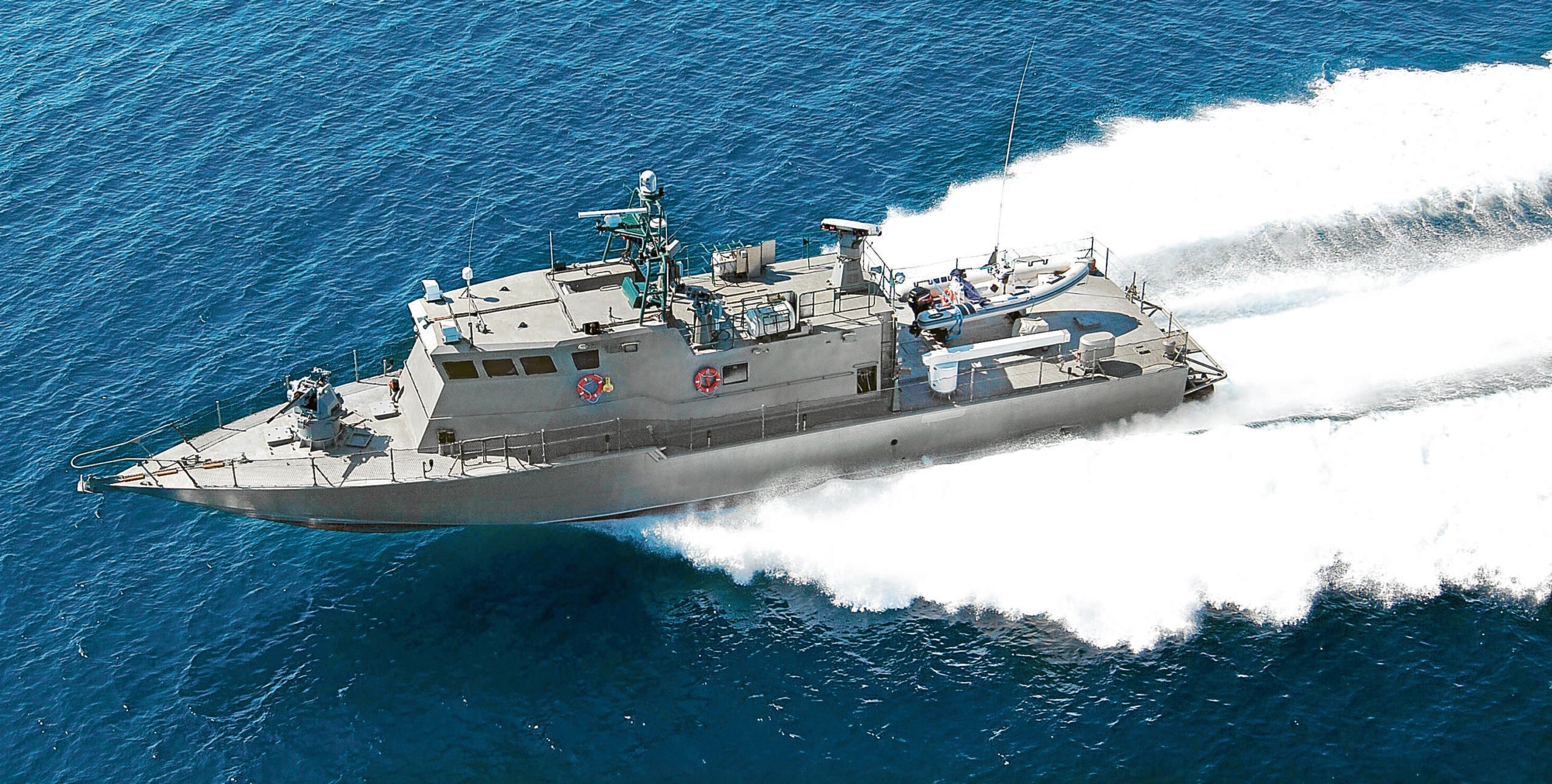 KINGFISHER The Shaldag (Kingfisher) class patrol boat can reach top speeds of 50 knots and armed with missiles, automatic guns, and cannons with a complement of 15 men. —PHOTO COURTESY OF ISRAEL SHIPYARDS

MANILA, Philippines — The Philippine Navy is looking to boost its fleet with nine new Israeli fast patrol boats, some of which will be assembled in the Cavite naval shipyard.

Navy public affairs office chief Cmdr. Benjo Negranza said the contract for the purchase of the Shaldag-class Mark V patrol boats and the transfer of technology for their local manufacture was being finalized with the contract expected to be signed this month.

Shaldag-class Mark V patrol boats are made by Israel Shipyards Ltd., a privatized state firm now owned by the Israeli conglomerate Schlomo Group, and have been used by at least nine navies all over the world, with the Philippines as the 10th, since it was first designed in 1989.

The procurement of eight Shaldag Mark V patrol craft for some P6.2 billion (some $127.9 million) was made through government-to-government negotiations under the Israeli ministry of defense’s foreign defense assistance and defense export organization, Sibat.

The approved budget for the procurement is P10 billion divided between the cost of the boats as well as the upgrade of the Cavite naval shipyard; and the weapons systems for the Shaldag Mark V patrol boats.

Last year, former Navy chief Vice Adm. Roberto Empedrad, now administrator of the Maritime Industry Authority, said four of the boats would be made by Israeli Shipyards in sophisticated docks in Haifa with the remaining four to be built in the Cavite naval shipyard.

But according to incumbent Navy chief Vice Adm. Giovanni Carlo Bacordo, Israeli Shipyards added another Shaldag-class patrol boat to the deal at no extra cost.

Five Shaldag Mark V craft will be made in Israel and delivered starting 2022 with the four others to be built at the upgraded Cavite naval shipyard using Israeli technology.