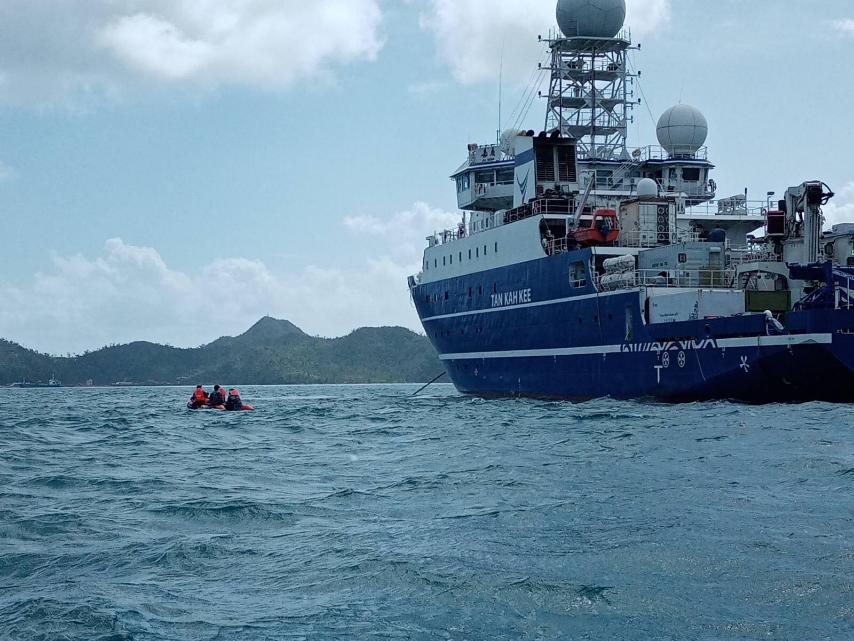 The crew of Chinese research ship Jia Geng that entered waters off Catanduanes province without clearance from the Philippine government refused access to Philippine Coast Guard supposedly because of COVID-19 protocols. PCG

MANILA, Philippines—The crew of a Chinese research ship that entered waters off Catanduanes province without clearance from the Philippine government refused access to Philippine Coast Guard (PCG) men supposedly because of COVID-19 protocols.

The PCG men were told they can’t board the Chinese vessel because of COVID-19 restrictions, according to Balilo.

The Chinese ship should be subject to Philippine port state control because it was inside municipal waters.

“The captain refused to be boarded due to health protocol. Thus, PCG asked for documents for verification,” said Balilo.

He said the PCG in Catanduanes closely watched the ship 24/7 and monitored its activities throughout its stay.

Last Jan. 30, he said the PCG was informed by the Department of Foreign Affairs that the Chinese embassy requested for diplomatic clearance for the ship to take shelter in Catanduanes due to bad weather. At the time the Chinese ship entered Philippine waters, however, there was no storm or strong waves in the area.

According to ship tracking data shared with INQUIRER.net, Jia Geng had been conducting research in the northwest Pacific Ocean and was running at 1 knot for a few days before it entered Philippine waters. The Chinese ship left Gaoqi Wharf in Fujian Sheng, China last Dec. 23 and passed through the high seas between Taiwan and northern Luzon before it entered the Pacific.

A document seen by INQUIRER.net showed that the vessel, through the Chinese embassy, sought clearance from the Philippine government last Jan. 28 to anchor in Cabugao Bay from Jan. 29 to Feb. 2 “due to weather and sea conditions.”

The presence of the ship caused alarm among residents of Bato, Catanduanes, which was first spotted on Thursday (Jan. 28), said a report in radio station dzZRH quoting Bato Mayor Juan Rodulfo.

Rodulfo, according to the dzRH report, quoted the PCG as initially saying it didn’t have authority over the ship sighted in the area.