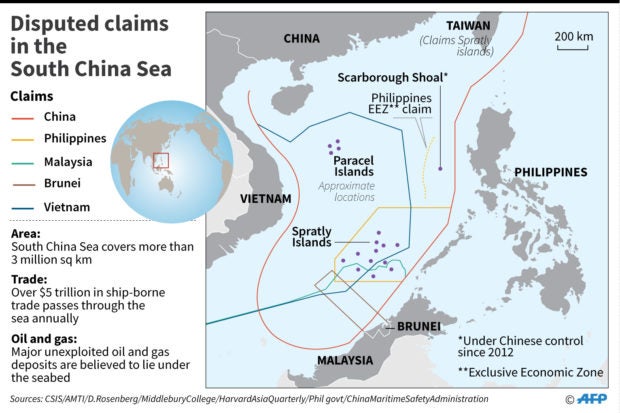 MANILA, Philippines — In response to Washington, the Chinese Embassy in Manila on Saturday said that it “unswervingly upholds” its territorial sovereignty and maritime rights and interests in disputed part of the South China Sea.

“China’s sovereignty, rights and interests in the South China Sea have been formed in the course of a long history, and are in line with international law and practice,” the Chinese embassy said in a statement.

“China unswervingly upholds its territorial sovereignty and maritime rights and interests,” it added.

Blinken made the remarks in a phone call to Philippine Foreign Affairs Secretary Teodoro Locsin Jr., who previously filed a diplomatic protest against a new China law allowing its coast guard to fire at foreign vessels in Chinese-claimed reefs.

The Chinese Embassy added that China is also committed to “peaceful settlement of disputes” over the contested waters through negotiations and consultation with other countries who are directly concerned, adding that to also “jointly safeguarding peace and stability in the South China Sea with Asean countries.”

“China hopes countries outside the region will duly respect the efforts of China and other regional countries to properly handle maritime disputes and safeguard peace and stability in the South China Sea,” the embassy said.