China on Saturday provided a 500-million renminbi (P3.72-billion) grant to the Philippines to bankroll various livelihood and infrastructure projects, which might also be used to finance the Duterte administration’s COVID-19 response, and promised to donate 500,000 doses of a coronavirus vaccine.

China’s Foreign Minister Wang Yi announced the vaccine donation during a 40-minute meeting with President Duterte at Malacañang Palace, at the end of his two-day visit to the Philippines, the Chinese foreign ministry said in a statement.

The announcement was made a day after the Senate concluded an inquiry into the administration’s vaccination program and its plan to procure up to 25 million doses of the vaccine made by the Chinese pharmaceutical Sinovac Biotech, which had drawn criticisms from lawmakers for being both costly and less efficacious than other vaccines.

According to the Chinese statement, Mr. Duterte “lauded the continued high-level engagement” between China and the Philippines amid the pandemic and stressed the importance of “delivering on the promises of the comprehensive strategic cooperation” between the two countries.

“The recovery of nations … sits on the back of stronger economies. China plays a very key role in reviving our region’s economy. Let us do all we can to revive economic activities between the Philippines and China,” Mr. Duterte was quoted as saying. 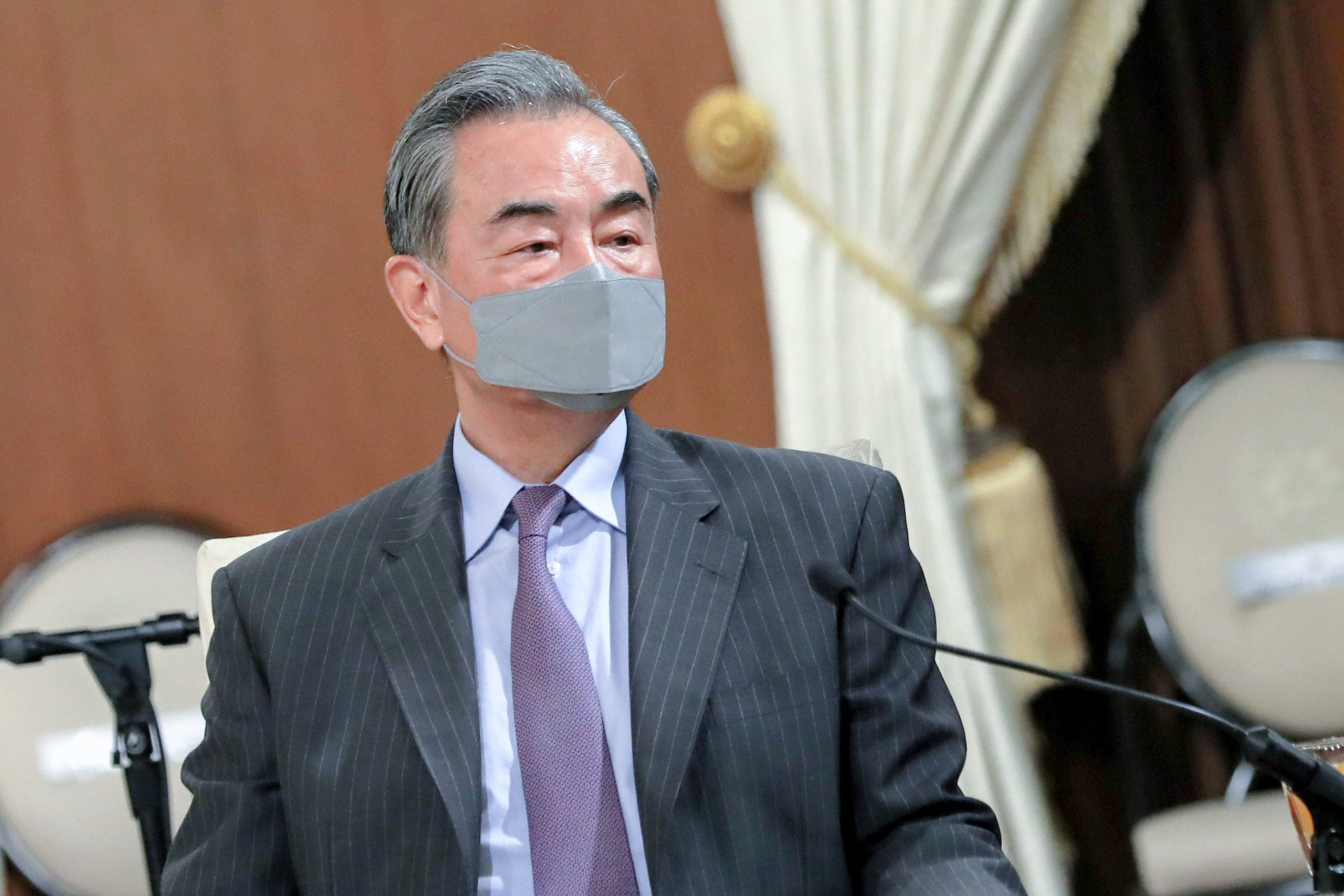 Wang reaffirmed China’s commitment to support the Philippines’ efforts “to combat COVID-19” and Beijing’s “resolve to do everything to ensure that vaccines become a global good,” the statement said.

Wang “underscored China’s commitment under President Xi Jinping to work closely with the Philippines to sustain the positive trajectory of the valued and special bilateral relations,” it said.

Finance Undersecretary Mark Dennis Y.C. Joven said that while the grant was intended to mainly finance livelihood projects, infrastructure and feasibility studies for big-ticket projects, it was “subject to further discussions” on its possible use to support “COVID-19-related activities and response measures.”

While China has yet to provide direct financial assistance to the Philippines during the pandemic, it donated personal protective equipment like goggles, masks and suits, and medical supplies such as ventilators and testing kits, to the country at the height of the longest lockdown in the region.

Wang’s visit was the latest demonstration of China’s support for Mr. Duterte, who has warmed ties between Beijing and Manila after the President set aside a 2016 international arbitral ruling invalidating China’s expansive claims over the South China Sea, including the West Philippine Sea.

The Chinese foreign ministry statement made no direct reference to the maritime dispute between the Philippines and China.

Wang, who arrived in the country on Friday, held a separate meeting earlier on Saturday with Foreign Secretary Teodoro Locsin Jr.

“Let me emphasize that in the process of the [Philippine government’s] response to COVID-19, China as a friend of the Philippines and your closest neighbor, we will firmly stand with the people of the Philippines until the defeat of this virus,” he said in a speech.

Locsin said the fight against COVID-19 and “the universal acceptance of the new inescapable normal is entering a turning point, with the beginning of vaccinations.”

“With our two nations’ abiding interest in regional stability and the security of our maritime commons, it behooves us to show our ability to rise to the challenge of managing differences peacefully and in accordance with law,” he said.

“Our close cooperation to beat COVID-19 has only further enhanced our overall ties and deepened our friendship,” Locsin said.

Since mid-2016, the Duterte administration received a total of 3.25 billion renminbi (about $496.97 million) in grants from China.

Manila and Beijing have now signed and executed a total of seven grants funding prefeasibility studies, equipment provision, as well as implementation of some infrastructure projects under the Duterte administration’s ambitious “Build, Build, Build” (BBB) program.

The Department of Finance said the previous six grants funded the following: construction of Binondo-Intramuros and Estrella-Pantaleon bridges on the Pasig-Marikina Rivers, as well as Bucana Bridge on Davao River; procurement of the container inspection equipment of the Bureau of Customs; and rehabilitation and reconstruction of Marawi City.

China had also extended three loans to the Philippines. One is being used for the Chico River Pump Irrigation project, another is for building the New Centennial Water Source-Kaliwa Dam, and the third for the Philippine National Railways South Long-Haul projects.