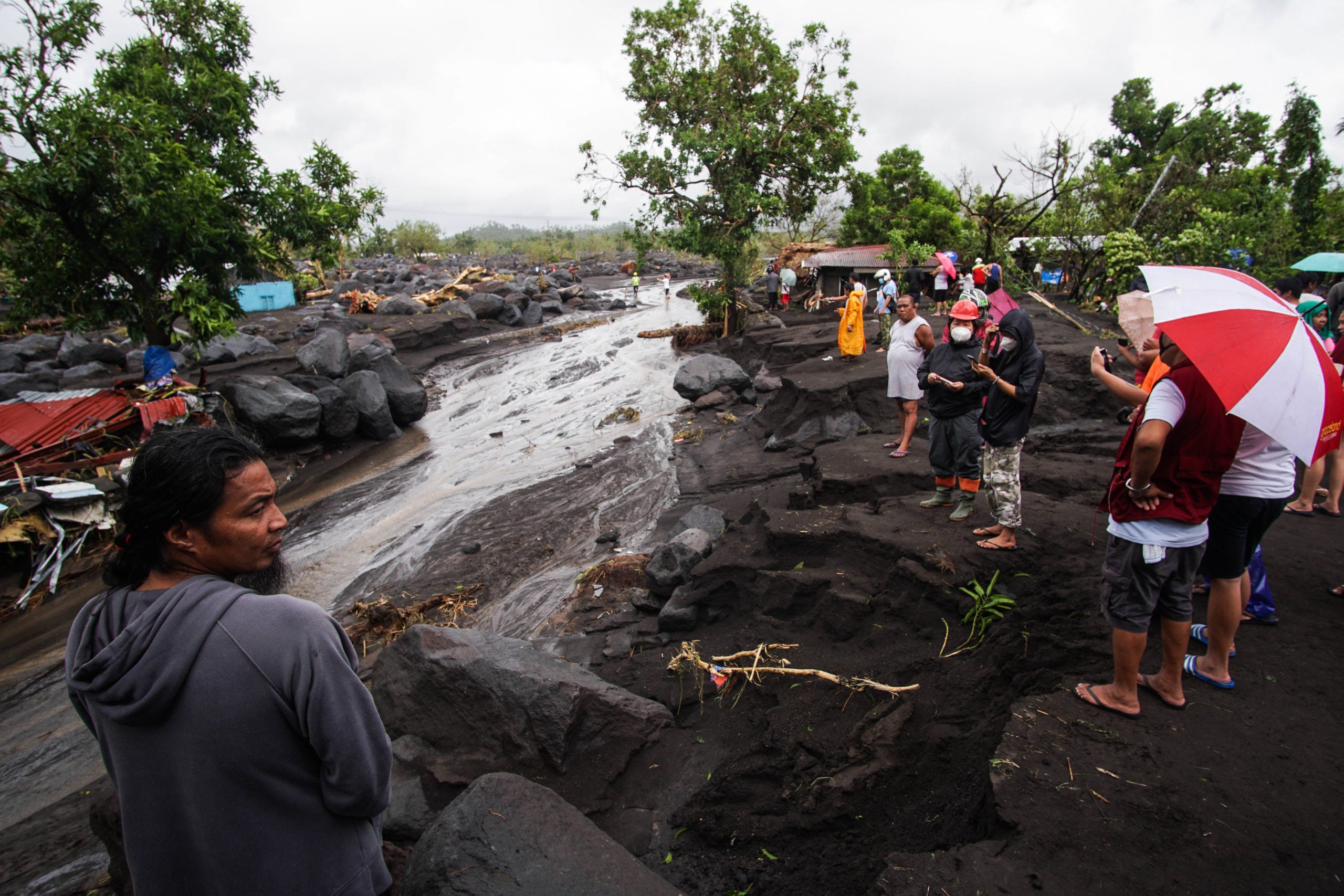 This file photo shows residents of Travesia village, Guinobatan town, Albay province, survey the devastation wrought by the typhoon, which sent lahar flowing and boulders cascading down the slope of Mt. Mayon that swept away and buried houses in their path. —MARK ALVIC ESPLANA

MANILA, Philippines — The United Nations (UN) has announced P182 million worth of aid to typhoon victims in the Philippines.

The European Union, Sweden, Australia, United States, Germany, and New Zealand were among those that extended assistance to at least 260,000 Filipinos, the UN said in a statement.

The Humanitarian Aid Department of the European Commission (ECHO) said it gave P74.5 million aid through the intergovernmental organization while the Australian government has provided P33 million through the World Food Programm, UN Population Fund, and the Family Planning Organization of the Philippines, the UN said.

The United States Agency for International Development and the Government of Germany have coursed their assistance totaling P7.2 million through existing projects with the UN Agency on Migration while New Zealand is sending a donation of P7.2 million via the International Federation of Red Cross and Red Crescent Societies.

Sweden, on the other hand, would give P67.6 million through Save the Children, the National Council of Churches in the Philippines, and Plan International, according to the UN.

“With support from resource partners, the UN and humanitarian community translate international solidarity into concrete actions that combine emergency relief assistance and early recovery efforts to help people get back on their feet,” UN Resident Coordinator and Humanitarian Coordinator Gustavo Gonzalez said Thursday.

As of Friday, the death toll from Typhoon Ulysses stood at 73 while 19 people were missing. Around P10 billion damage to infrastructure and agriculture was so far recorded.