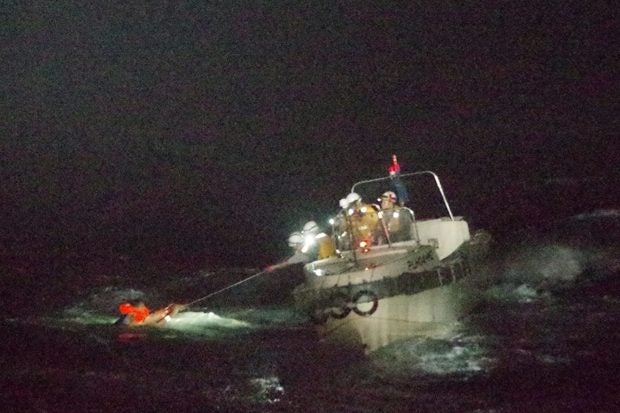 MANILA, Philippines — The Japanese Coast Guard has shifted to its usual sea patrol from the “full-time” search operations for the missing crew members of cattle ship Gulf Livestock-1 that capsized off Japan’s water last week, the Department of Foreign Affairs (DFA) said.

In a statement on Thursday, the DFA said Japanese authorities decided to transition from its “full-time search operations…to its usual patrol arrangements” as no trace of the sunken Panamanian-flagged vessel has been found since September 5.

The ship, which went missing and reported to have capsized last September 3 in the East China Sea on its way to China from New Zealand due to Typhoon Maysak, carried 43 crew members — 39 from the Philippines, two from New Zealand and two from Australia.

Of the Filipino sailors, two have already been found alive while one died.

“The DFA joins the families and loved ones in continued prayers for the missing seafarers,” the DFA said.

The DFA and the Department of Labor and Employment have previously assured that necessary assistance will be extended to the Filipino mariners and their families.