‘People’s will’: Duterte urged to raise sea ruling at UN

MANILA, Philippines — Two retired Supreme Court justices and a former foreign secretary on Saturday pressed the Duterte administration to rally support from members of the United Nations to enforce the international arbitral tribunal’s ruling in favor of the Philippines against China’s claims to nearly all of the South China Sea.

“We, Filipinos, must not waste this chance to be heard,” former Foreign Secretary Albert del Rosario and retired Associate Justices Antonio Carpio and Conchita Carpio Morales said in a joint statement.

“Having lost so many opportunities by the shelving of the arbitral ruling since 2016, it is now in our highest national interest to bring this ruling on the South China Sea to the UNGA (UN General Assembly),” they said.

The 75th regular session of the General Assembly will open on Sept. 1 and that is where big and small states will have “a full window to be heard,” they said.

“When President Duterte decided to shelve the arbitral ruling, he also promised the Filipino people to raise the ruling at a ‘proper time.’ This coming September is his penultimate chance to fulfill his promise to the Filipino people,” the three former senior officials said.

Beijing rejected the tribunal’s decision and fortified the artificial islands it had built, complete with soldiers’ barracks, airfields and missile launchers.

“We won it already, why would you want to relitigate something that you won?” Locsin said in July.

He reiterated his position on Friday in an interview with CNN Philippines, saying the Philippines will lose the vote because China would be able to win to its side the many small countries in the Non-Aligned Movement, which is a large voting bloc in the United Nations, with promises of development projects. 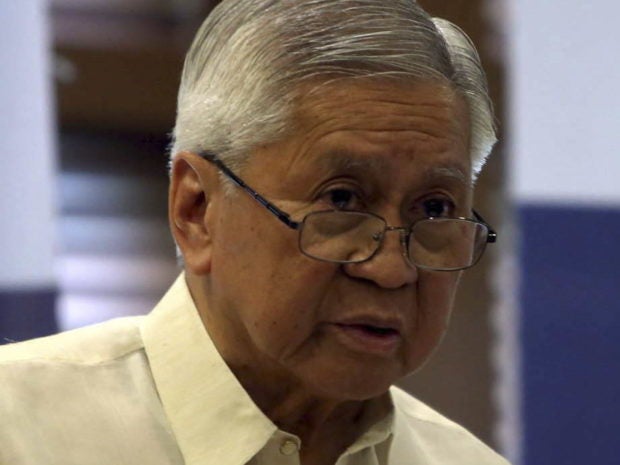 ‘Do not appeal your victory’

“I will completely ignore his suggestion that we bring this to the United Nations, the arbitral award, because when you win something, you do not appeal your victory,” Locsin said. “This is what Del Rosario wants me to do but I can’t. Because once you throw it to the United Nations, I’m afraid China has the numbers there and it’s about numbers. It’s not about law.”

In response to Locsin’s statement, Del Rosario and the retired justices said the country would not be retrying the arbitral case but “enforcing what we already won.”

“As international law does not have a world policeman, it is up to us to enforce the arbitral ruling by rallying other countries to our lawful position. If we do not help ourselves, how can we expect other countries to help us?” they said.

If the arbitral ruling is raised this year, the Philippines would be able to work multilaterally and bilaterally with other countries in preparation for the 2021 UNGA session, “when our chances will have significantly been improved,” they added.

They said raising the arbitral ruling at the UNGA was also “the will of the Filipino people,” as surveys showed that eight out of 10 Filipinos believe that the maritime dispute should be brought to the United Nations.

“Our government must listen to its people. We therefore appeal to our country’s leadership to kindly be there for us,” they said. “There is no politics here—only our will to do what is right, to protect what is ours and to defend ourselves against the persistent bullying and duplicity by China.”

They said that “the Philippines has the strongest position among all nations to bring the South China Sea issue to the fore.” 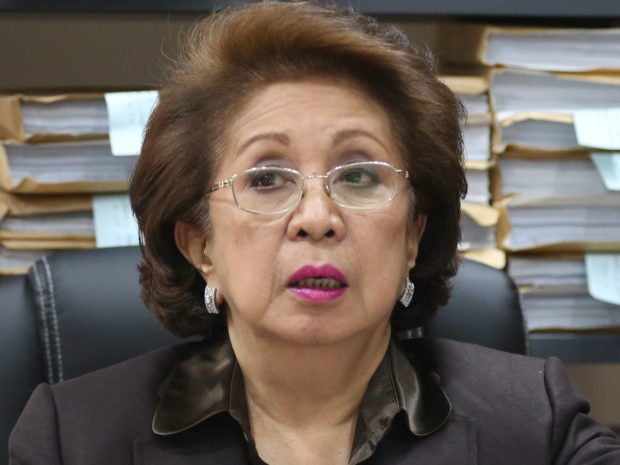 “I swear I will not lose that by a rather fanciful desire to throw this award into contestation again in an uncertain assembly. That’s about as polite as I can put it,” he said. “And I can’t afford to lose our arbitral award. I don’t want to go down in history as the guy who lost it.”

Del Rosario, Morales and Carpio said they believed that “the odds are stacked against China in this dispute” as the arbitral ruling was made under the auspices of the UN Convention on the Law of the Sea (Unclos).

“In the long run, how can 145 littoral states of 193 UN member nations vote against their national interests by going against Unclos which grants them considerable maritime areas and resources they previously did not enjoy? How can naval powers like the United States, United Kingdom, France and others not support Unclos which upholds their freedom of navigation and overflight around the world? This simple logic should not be lost on us,” they said.

Although he rejected bringing the arbitral ruling against China to the United Nations, Locsin on Friday said he would recommend terminating government contracts with Chinese companies involved in China’s artificial island building in the West Philippine Sea.

The United States earlier announced it would impose sanctions against 24 Chinese companies that participated in building these islands and turning them into military outposts. 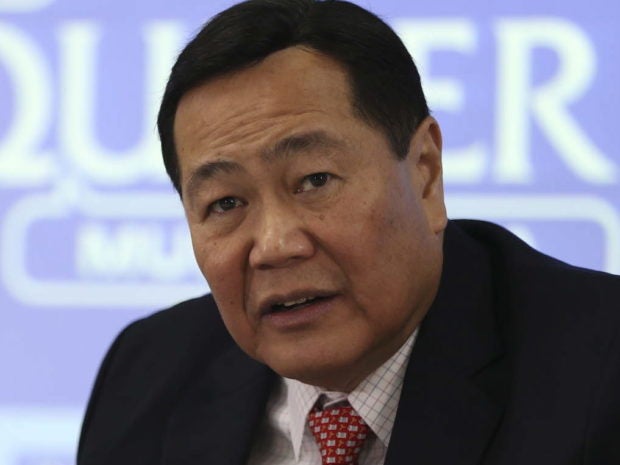 One of these companies is a joint venture partner in the project to build Sangley Point International Airport in Cavite province, which is adjacent to a Philippine Air Force base.

Sen. Francis Pangilinan, who had warned about the national security implications of Chinese involvement in certain projects in the country, on Saturday said he wanted to see security officials back Locsin’s position on this.

“They are potential threats to our national security and we would like to hear louder and more decisive voices in the defense and military establishment supporting such blacklisting,” Pangilinan said.

Presidential spokesperson Harry Roque said he would defer to the President to lay down the palace’s position on that issue. “There’s a position but I prefer he articulates it,” Roque said.

He said he would meet with the President on Monday and would come up with a statement on Tuesday.

Bayan Muna Rep. Carlos Isagani Zarate on Saturday challenged Mr. Duterte to back Locsin’s position and expand the proposed move against Chinese companies to those that had tied up the Philippines in “onerous” deals, including the Chico River dam project in Cagayan province and the Kaliwa dam project in Quezon province.

—With reports from Leila B. Salaverria and Melvin Gascon

Boy to return to full-time work next year