‘Russian COVID-19 vaccine may be available in PH by November’ 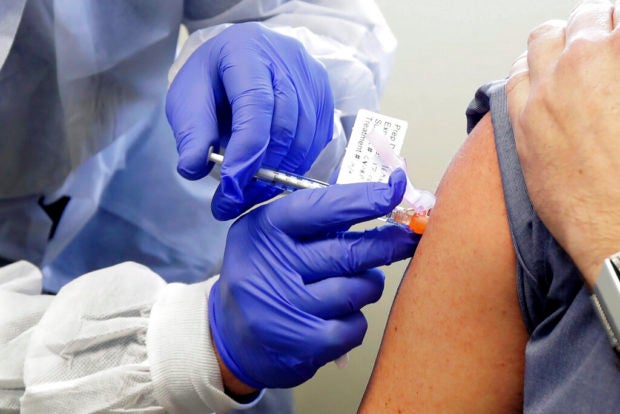 MANILA, Philippines — The Russian vaccine being developed against the coronavirus disease 2019 (COVID-19) may be available in the Philippines as early as November 2020, according to the head of the Russian Direct Investment Fund which finances the vaccine project.

“We believe we can start this trial as early as August or maybe even early September, and we believe if we work very closely with your regulator, with your health minister, we can actually make the vaccine available to Philippines as early as November or early December,” Kirill Dmitriev, chief executive officer of the RIDF, said in an interview on ABS-CBN News Channel aired on Friday.

“We are now working to manufacture vaccines not only in Russia but in five other countries and we really want to make the vaccine available to many countries in late November or early December,” he added.

According to Dmitriev, the developers of Russian coronavirus vaccine Sputnik V are targeting up to 1,000 Filipinos to participate in the phase 3 clinical trials.

He said Russia also has agreements with the United Arab Emirates, Saudi Arabia, and Brazil for the tests.

Dmitriev maintained that the vaccine is safe amid concerns from the scientific community.

“Our vaccine is based on a proven platform called adenovirus human vector that has been studied in Russia for the last six years. It’s been tested on thousands of people,” he said.

“Frankly, Russia had a very important headstart because we had ebola vaccine based on these principles that was approved, we are working on MERS (Middle East Respiratory Syndrome) vaccine and then coronavirus happened to be very close to MERS. So we are using a very safe delivery mechanism which is very different from other vaccines,” he added.

Russian President Vladimir Putin earlier declared Russia as the first country to approve a vaccine against COVID-19 even as it has yet to complete the final stage of clinical trials to test its safety and efficacy.

Dmitriev added that scientific data showed that 100 percent of those who participated in Phase 1 and 2 of the clinical trials have developed “very strong immunity.”

There were also no significant side effects recorded from the initial trials.

Amid concerns from the international community on the safety of the vaccine, he pointed out that Russia could have kept the vaccine to itself but did not do so.

“You have to understand that Russia could have kept all of these vaccines to Russia. We could have vaccinated our people because we know it works. We could have just been ahead economically of other nations. Instead we are sharing, maybe a bit too early, that we have efficiency and safety of our vaccine,” he noted.

He also said it would be “totally unethical” for Russia to not share the vaccine to other countries given that its technology from which it was based “has been proven safe.”

So far, Russian developers have already received foreign requests for one billion doses before the vaccine’s international rollout.

Dmitriev, however, noted that the Sputnik V vaccine will not be the only vaccine against COVID-19.