More than 50 years of remarkable transition of Asean | Global News

More than 50 years of remarkable transition of Asean 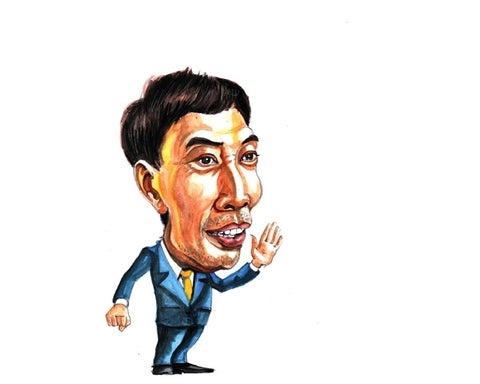 HANOI — On August 8, the Association of Southeast Asian Nations (Asean) will celebrate the 53rd anniversary of its establishment. Along this remarkable growth journey, Asean has undergone significant transitions.

The bloc turned from a region of conflicts and diversity, which characterized the region until the 1980s, to a region “inspired by and united under One Vision, One Identity and One Caring and Sharing Community”.

From a less developed region, Asean has become much more prosperous and a dynamic region. Asean successfully weathered economic headwinds such as the Asian financial crisis of 1997 and the global economic recession of 2008-09. The region’s GDP has been raised to early US$3 trillion in 2018, more than four times the figure of 1999, making it the fifth largest economy in the world.

For almost two decades, Asean has been growing at an average annual rate of 5.3 percent, consistently above the global average.

Asean has managed to balance economic growth with human development to lift millions of people out of poverty across the entire region. The development gap over the past 20 years has been gradually narrowed.

If almost half the Asean population in 1990 lived below the poverty line ($1.23 purchasing power parity per day), after 25 years, the proportion reduced to 14 percent. Notably, the reduction was not restricted to the major economies, but also included the less developed CLMV countries (Cambodia, Laos, Myanmar and Việt Nam) where poverty rates fell from 66 per cent of the population in 1990 to 18 percent in 2015 when Asean Economic Community was announced to be established.

In terms of living standards, improvements in access to health care, increases in the availability of safe water and sanitation facilities have helped strongly decrease the infant mortality rate which reached a figure of 26 per 1,000 live births in 2016, compared to a global average of 41.

Access to education has also been improved with enrollment rate in primary education in the region reaching 96 per cent in 2016, seven percentage points higher than the global average. The rate in the CLMV nations beat expectations to reach 98 per cent in 2016.

The positive transition of Asean is also recognized in terms of the openness of trade, investment, tourism and services, both intra-regional and inter-regional, and economic integration.

Asean’s efforts in economic integration have also paid off with intra-Asean accounting for the highest shares in trade and investment at 23 per cent and 15.9 percent, respectively.

Efforts to boost intra-regional trade openness was manifested by the fact that 98.6 per cent of intra-Asean trade flows are now tariff free, not to mention the ongoing harmonization of technical standards, a facilitation for greater labour mobility for eight industries (engineering, nursing, architecture, medicine, dentistry, tourism, surveying and accountancy).

From a divided Asean with a weak position in the global arena, the region has become a Community internationally recognized with the role of “centrality” in initiating and developing various regional architectures.

Asean’s voice has gradually been raised strongly in regional and global forums, which is of great importance to international institutions. Despite disparities among member countries and rising global uncertainties, Asean is still able to maintain its stability, peace and development.

“Such achievements are not to be taken for granted, as they are the outcomes of decades of trust-building, cooperation, and mutual market opening,” Secretary General of Asean Lim Jock Hoi said.

From the achievements, the world has had perspectives of Asean significantly different than before.

Economically, Asean now is deemed a “hub” for global trade and investment. When foreign investors look for investment destinations in the Southeast Asia, they not only aim to seek a base in Asean member countries for their factories, but also seek a market of 600 million people and the whole world.

Politically, Asean used to be criticized for its weak connection among member countries, weak institutions and too much dependence on consensus while there are still variations in the economic and social status among individual nations.

However, so far, the Asean connection is a successful story, showing the attachment and commitment to objectives, based on international and inter-governmental mechanisms.

All countries in Southeast Asia now belong to a community working together to achieve the aims and purposes inscribed in the Asean declarations. The Association has succeeded in defusing tensions in the region and has helped maintain potentially explosive situations at a manageable level.

The Association has succeeded in transforming a region riddled with disputes and rivalries into a generally stable neighborhood. Asean has proved its vitality and become an important factor in ensuring an environment of peace and stability and promoting cooperation and development in Asia-Pacific.

The central role of Asean is clearly manifested in Asean forums and meetings held annually with partners such as the Asean Regional Forum, the East Asia Summit, the Asean+1, the Asean +3 and the Asean +6.

In the future, Asean will likely face more challenges and uncertainties caused by tensions between major powers and the COVID-19 pandemic.

Despite growing at 4.6 percent in 2019, Asean economy is expected to contract by 2.7 percent due to the substantial impact of COVID-19.

Since the outbreak, and as lockdowns and quarantines were enforced in many Asean member states (AMS), job losses and business closures have mounted. This led to a sharp fall in productive economic activities particularly in the hardest hit sectors such as tourism, aviation, manufacturing, as well as the vulnerable groups.

The pandemic is likely to have a prolonged impact on the macro-economy. A well thought out recovery plan to restore in particular fiscal discipline in the AMS is vital in the post-pandemic period.

At the regional level, Asean should formulate a regional socio-economic recovery plan post-COVID-19 to facilitate regional growth. A detailed plan for the regional post-COVID-19 recovery would require close coordination across sectors and community pillars, as well as a dialogue with various stakeholders.

Victoria Kwakwa, the World Bank’s Vice President for East Asia and the Pacific was quoted in the Asean Economic Integration Brief publication in July 2020, as saying: “Even in Asean, which has suffered less than other parts of the world, we cannot take the transition to a post-pandemic stage for granted in either health or economic terms.”

To make that transition, she said that Asean must not treat containment of the disease and mitigation of the economic pain as separate goals to be achieved with separate instruments. Instead, the bloc needs to take an integrated view of policy where health and economic authorities work together to help preserve both lives and livelihoods.

If ASEAN could do these tasks effectively, we have a firm foundation to believe that its central role and position in shaping the wider region’s future would be maintained.

*The author, Võ Trí Thành, is a senior economist at the Central Institute for Economic Management (CIEM) and a member of the National Financial and Monetary Policy Advisory Council. The holder of a doctorate in economics from the Australian National University, Thành mainly undertakes research and provides consultation on issues related to macroeconomic policies, trade liberalisation and international economic integration. Other areas of interest include institutional reforms and financial systems.