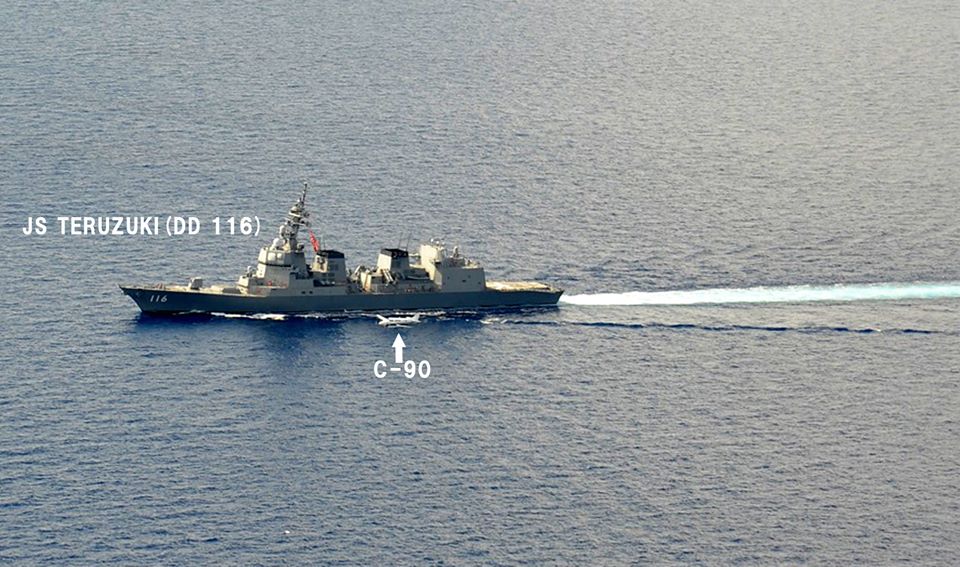 MANILA, Philippines—The navies of the Philippines and Japan simulated joint operations in low-key exercises in the West Philippine Sea as pressure mounted on China over its aggressive behavior in the area.

An official privy to the one-day exercise said the drills were held near Palawan, the island province closest to the Philippine claims in the Spratly Islands.

Japan had previously donated five units of the aircraft C-90 (formerly TC-90) to the Philippine government to help the Philippines with its maritime surveillance.

After the training with the Philippine Navy, the Japanese destroyer proceeded to the Philippine Sea, doorstep to South China Sea, to hold maritime drills with American and Australian counterparts.

“The high end interoperability we enjoy with the JSMDF and ADF provides us the unique ability to meet at-sea and immediately operate at an advanced level,” said Capt. Russ Caldwell, commanding officer of the USS Antietam, which can carry two Sikorsky or Seahawk helicopters and was designed for anti-submarine warfare.

“This highlights the enduring nature of our alliances with Japan and Australia,” said Caldwell added.

Early this month, the defense chiefs of the US, Australia and Japan reaffirmed their “strong opposition” to the use of force or coercion to alter status quo and raise tensions in the South and East China Seas, where Beijing has been aggressively pushing its territorial claims.

US Defense Secretary Mark Esper said China “continues to engage in systematic rule-breaking, coercion, and other malign activities, and most concerning, to me, is the People’s Liberation Army continues its aggressive behavior in the East and South China Sea.”

At an online forum hosted by the International Institute for Strategic Studies, Esper said the US military is positioning its forces to counter China’s aggressive behavior in the disputed waters.

He said that the US military would conduct more freedom of navigation operations (FONOPs) to challenge Beijing’s massive territorial claims in the South China Sea.

“In 2019, we conducted the greatest number of freedom of navigation operations in the South China Sea in the 40-year history of the FONOPs program, and we will keep up the pace this year,” he said

Esper’s comments on the South China Sea followed the recent statement of US Secretary of State Mike Pompeo declaring US rejection of China’s maritime claims in South China Sea.

“The world will not allow Beijing to treat the South China Sea as its maritime empire,” Pompeo said last week.

“America stands with our Southeast Asian allies and partners in protecting their sovereign rights to offshore resources, consistent with their rights and obligations under international law,” he said.

The US also expressed support to the 2016 South China Sea ruling at The Hague, which China refused to recognize and accept.

The decision, which was largely favorable to Manila, invalidated Beijing’s nine-dash line claims and declared it had violated the Philippines’ sovereign right to fish and explore resources in the West Philippine Sea, waters within the country’s 200-nautical mile exclusive economic zone in the South China Sea.