Rescued domestic slave for 65 years dies in US 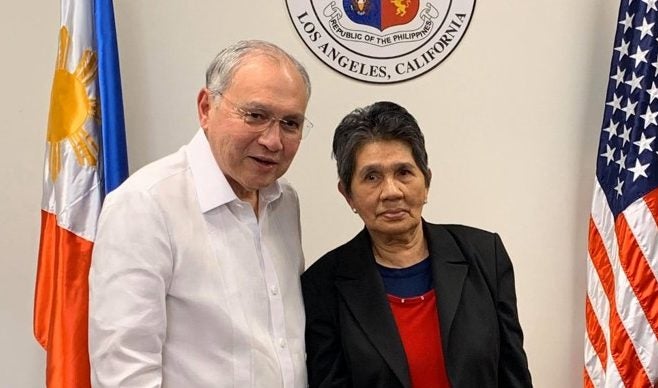 Fedelina Lugasan, a victim of modern-day slavery in the United States for 65 years who later became an advocate against human trafficking, has died. She was 83.

She was “a human trafficking survivor whose story captured the hearts of many,” the consulate said. “I am extremely saddened by news of her death and extend my deepest sympathies to her family and friends,” Consul General Adelio Cruz said.

The Leyte native was 16 when she became an unpaid domestic helper in Manila, and was 28 when her employer brought her to the United States in the 1970s. Still unpaid, she was passed on to other family members who refused to give her any day off for decades.

Lugasan was rescued in early 2018 in Northridge, California, by agents of the Federal Bureau of Investigation and the Pilipino Workers Center after a hospital staff reported her as a possible trafficking case.

She had collapsed from fatigue in the hospital after watching over her ailing employer, Benedicta Cox.

Lugasan eventually won a settlement against her employer, the Philippine Consulate General said.

Since her rescue, Lugasan had been an active antitrafficking advocate who shared her life story with migrant rights advocates and trafficking victims. Her story was featured in various publications and a television documentary.

In March, Lugasan was reunited with her sister Leonila Cinco, her niece Luz Alabado, and Alabado’s daughter Tiny, who were flown from the Philippines to southern California.