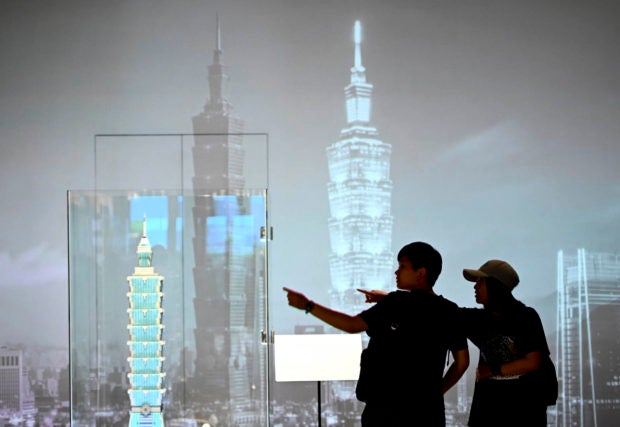 FLIGHTS TO RESUME Just four days after banning trips to and from Taiwan supposedly due to the COVID-19 scare, the government on Friday reopened its doors to allow Filipino workers and tourists to travel to Taiwan and to welcome travelers from the island nation who want to visit the Philippines. Taipei saw no reason for the ban after imposing strict screening of travelers and had threatened to retaliate against the Philippines. —AFP

MANILA, Philippines — Following strong criticisms from overseas Filipino workers and protest from Taipei, the government on Friday lifted its travel ban on Taiwan which it had imposed just days earlier purportedly to stop any COVID-19 contagion from the island nation.

“Accordingly, travel may now be made by any national to Taiwan from the Philippines and vice versa,” he said in a statement on Friday afternoon.

He said IATF acknowledged that Taiwan had imposed “strict measures” and protocols to help prevent the spread of the COVID-19 virus.

IATF will evaluate the ban on “other jurisdictions, including Macau” for possible lifting after they submit the protocols they were observing to prevent potential virus carriers from entering or leaving their territories, Panelo said.

Any resolution on travel restrictions in connection with the new coronavirus would be subjected to “regular review” by the IATF, he added.

On Feb. 2, the Philippines banned travelers from China, Hong Kong, and Macau from entering the country.

The Chinese city of Wuhan in Hubei province was identified as the epicenter of the COVID-19 outbreak, with more than 64,000 confirmed cases and at least 1,380 deaths as of Friday. Cases have been reported in more than two dozen other countries.

The Department of Health (DOH) announced on Monday that Taiwan was included in the travel ban.

Health Secretary Francisco Duque III on Friday still insisted that the “only reason I should like to believe” for imposing the travel ban “is really nothing else than public health and safety.”

“That is the only consideration,” he said.

But some official government statements had cited compliance with Manila’s “One China” policy. China considers Taiwan as part of its territory, not an independent nation.

Panelo himself had backed this assertion, adding that the travel ban was also based on the recommendation of the World Health Organization (WHO).

WHO, however, denied that it made such a recommendation, pointing out that its position has always been that there should be “no travel restriction.”

The ban drew protest from the Taipei Economic and Cultural Office (TECO), Taiwan’s de facto embassy in Manila, which reiterated that Taiwan “is a sovereign and independent state.”

Critics said the ban was clearly a political accommodation to China rather than a genuine concern about the danger of contagion from Taiwan, which had fewer confirmed COVID-19 cases compared to several other countries in East and Southeast Asia.

As of Friday, Taiwan reported 18 confirmed cases, fewer than the 29 in Japan, 28 in South Korea, 58 in Singapore, 33 in Thailand and 19 in Malaysia. The Philippines had three, all Chinese. One had died and the two others had recovered.

Both Singapore and Thailand have reported local transmission of the virus, yet the Philippines continues to accept travelers from these countries.

Lito Banayo, chair of the Manila Economic and Cultural Office (MECO), the Philippines’ de facto embassy in Taipei, thanked the IATF for its “open-mindedness.”

“Meco and the 160,000 overseas Filipinos here are very thankful for their quick action, and the President for his openness and concern,” he said in a statement.

Sen. Panfilo Lacson, one of the critics of the ban, said the government move showed how China had turned into a “very powerful force” under the Duterte administration.

“Only time will tell if this major shift in the country’s foreign policy will benefit our people in the medium and long term,” Lacson said in a text message to reporters before the ban was lifted.

He had warned that the travel restriction would result in “potentially dire consequences” for Filipino workers in Taiwan.

Like the abrogation of the Visiting Forces Agreement (VFA) with the US, the senator said banning travel to Taiwan was a “policy decision implemented by the executive department, which may not necessarily be correct, health-wise and politically.”

Lacson said the termination of the VFA and the travel restriction on Taiwan only showed that President Duterte was a leader “who does not give much importance to counsels and consultations with sectors” before making major policy decisions.

Sen. Richard Gordon had also called on the government to rescind the ban, fearing that it would adversely affect the country’s economic relations with Taiwan.

“There is no justifiable reason to include (Taiwan) in the travel ban,” Gordon said in a statement.

At a press briefing after the lifting of the ban was announced, Duque deflected questions on whether government move was due to fears that Taiwan’s threats of retaliation might affect Filipino workers there.

“We have said from the very start that this will be subject to risk assessment, and this has been a temporary ban to begin with,” Duque said.

“So we continued with the same tact of subjecting the issue of travel restrictions or bans to periodic assessments,” he said.

The eight-agency task force issued Resolution No. 5 announcing its decision, which said that travelers from Taiwan had been banned because the country was used as a “transit port by passengers from mainland China.”

After “independently verifying” Taiwan’s screening protocols, the IATF said it was convinced that Taiwan was implementing sufficient measures “to effectively prevent potential carriers of the disease from entering or departing” the island nation.

The resolution was signed by other members of the task force, including the heads or representatives of the Departments of Health, Foreign Affairs, Interior and Local Government, Justice, Labor, Transportation, Tourism, and Information and Communications Technology. —WITH REPORTS FROM MARLON RAMOS AND JOVIC YEE