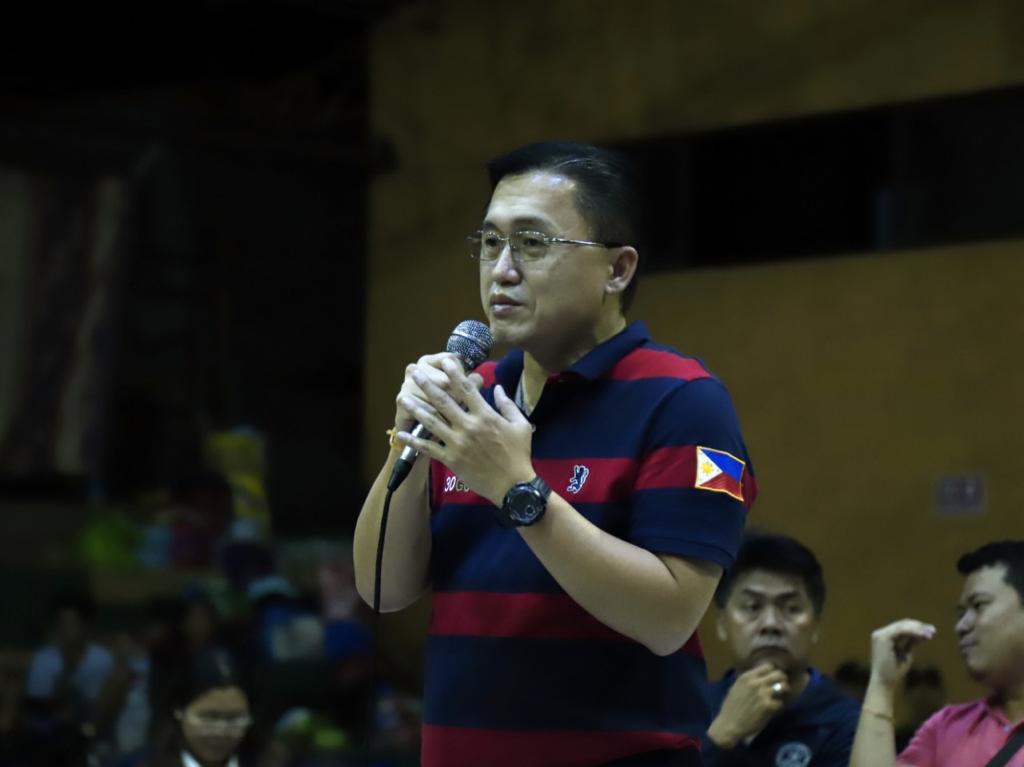 MANILA, Philippines–Senator Christopher Lawrence “Bong” Go said on Thursday that he is coordinating with concerned government agencies to hasten the repatriation of Filipinos who expressed intention to return home from Wuhan City and other parts of Hubei province in view of the novel coronavirus outbreak in China.

In an interview during his visit to fire victims in Quezon City, Go said that the overseas Filipino workers (OFWs) should be repatriated “anytime soon.” He also expressed his concern for the Filipinos who are currently in Wuhan, the ground zero of the global health emergency.

(This should be done as soon as possible, while observing our health protocols. If China gives a go signal, they should be coming home. I really feel sorry for them. Money can’t buy you out of being worried and lonely.)

The senator, who is also the Chair of the Senate Committee on Health, shared that the Bases Conversion and Development Authority (BCDA) President and Presidential Adviser for Flagship Programs Vince Dizon is in coordination with the Department of Health (DOH) in preparing the Athletes’ Village in New Clark City in Tarlac as a quarantine area for repatriated Filipinos.

(Vince Dizon of the BCDA already offered the place, complete and ready to be used by Filipinos coming from China.)

(The President prefers the comfort and safety of Filipinos.)

Go also said that New Clark City would be a strategic site for the quarantine protocol because its location is near the Clark International Airport.

(Clark is strategically near the airport. Returning Filipinos can be transported directly to the place, easing the fear of most Filipinos.)

According to the  Inter-Agency Task Force for the Management of Emerging and Re-Emerging Infectious Diseases, there are 45 Filipinos so far that will be repatriated from Wuhan City.

They are currently finalizing the documents needed, with the help of foreign affairs officials and Chinese authorities, in order to be allowed by the Chinese government to be repatriated back to the Philippines.

Once granted permission by the Chinese authorities to exit China, the repatriation is tentatively scheduled on February 8 and the repatriates are expected to arrive in the Philippines the next day, according to the Department of Foreign Affairs (DFA).

Moreover, the government will be assigning officers to help in the repatriation, including doctors and nurses from DOH. Personal protective equipment shall be provided to the team.

The IATF clarified further that the repatriates must have Public Health Clearance as well as Customs, Immigration and Quarantine clearance from China. Briefing and counseling for the repatriates will be conducted by the Philippine embassy.

A chartered commercial plane shall be used to fly the repatriates back to the Philippines. Before boarding, thermal scanning and assessment shall be conducted again by the DOH team.

While on-board the plane to the Philippines, DOH shall conduct orientation on quarantine rules and procedures. Upon arrival in the Clark International Airport, thermal scanning shall again be conducted prior to disembarkation.

From Clark International Airport, the repatriates shall be transported to the Athletes’ Village. Pre-arranged rooms will be assigned to all OFWs, packed food will be served by DOH Regional Office and routine nursing care will be available for their healthcare needs.

If there are repatriates with developing cases, they will be brought to the nearest referral hospital. Five DOH hospitals in Region 3 shall deploy medical teams for the whole duration of the repatriates’ stay in NCC. The Overseas Workers Welfare Administration (OWWA) will be in charge of the send-off after 14 days of quarantine.

Go reiterated his advice to Filipinos to remain calm and help the government in protecting the country and its people from this global health concern.

(Don’t panic, let’s just help each other. To those who are spreading fake news, trolls and bashers, these people should be the one to be quarantined.)